The response to last weeks post was great, so it’s a big thanks for the comments and emails, so a big thanks from us here at Mustang Maniac. The lead this week is for customer submitted photos to be shown on our Park & Pic section. Simon has brought his clean and tidy looking Fox Convertible to us. She is in for the usual once over by us with attention being made for the fluid checks, brake pads and rotors, various seals and the usual service to get tip-top gain ready for the summer. These Fox body Mustangs are starting to command some good money now, so they could be an investment for the future, if you get the right combination. 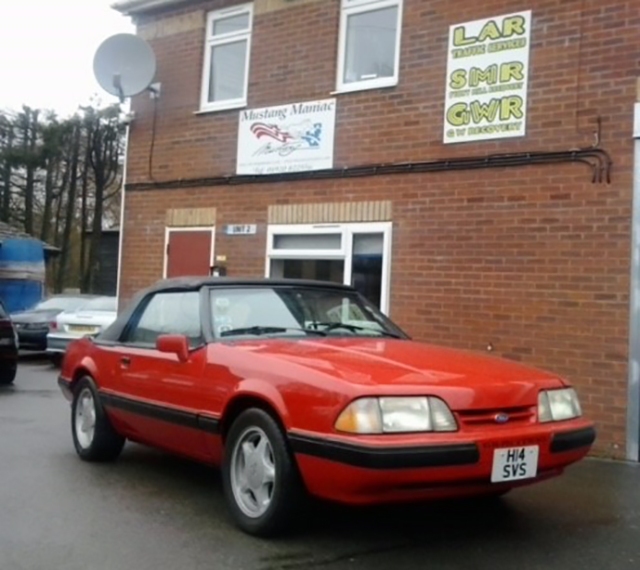 We love to see your cars on our blog, don’t worry about the pictures being world-class, award-winning pics as we can crop them as required. So if you want your pic(s)to appear here just like Simon’s to take the lead on our blog – it’s as simple as sending your pics to us no matter when they were taken.

We thought that we would like to continue on the theme of the Bullitt from last week, with this pretty amazing generosity for good causes, which didn’t get as much publicity as the original Bullitt car did, but we think this is well worth the mention.

DETROIT – Two of the most iconic American performance cars, a current generation Ford GT and the recently unveiled 2019 Mustang BULLITT, raised a total of $2.85 million for charity during the 47th Annual Barrett-Jackson Scottsdale Auction. On Saturday, a 2017 Ford GT that was donated by Arizona businessman Ron Pratte to the Evernham Family-Racing for a Reason Foundation, sold for $2.5 million to benefit Autism Society of North Carolina. One hundred percent of the hammer price from the sale of the Ford GT will benefit the Autism Society of North Carolina’s IGNITE program.

Pratte, an entrepreneur and car collector, donated an additional $50,000 to benefit the Autism Alliance of Michigan, which works to make Michigan a better place to live for people with autism and their families, bringing the total dollars raised to a staggering $2.55 million.

On Friday, Ford and the McQueen estate donated VIN 001 of the limited-edition Mustang BULLITT, with 100 percent of the $300,000 hammer price benefiting Boys Republic.

“We were thrilled with the incredible amount of money raised for charity from the sale of a current generation Ford GT and our all-new 2019 Mustang BULLITT,” said Raj Nair, executive vice president and president, North America, Ford Motor Company. “Over the last several years, we’ve donated some incredible Ford Performance vehicles that have been sold to generate much-needed funds and awareness for deserving charities. It was a privilege to represent the Ford family on the auction block and combine our efforts with Ron Pratte and the McQueen Estate on the sale of these two incredible, rare and iconic Ford cars.” Ford also included a Ford Performance Racing School GT Experience with the auction of the Ford GT. This world-class program gives the winning bidder the chance to improve their driving skills behind the wheel of one of the world’s most celebrated supercars, while also supporting individuals with autism.

Ford and the McQueen estate offered VIN 001 of the 2019 Mustang BULLITT to benefit Boys Republic, a private, nonprofit, nonsectarian school and treatment community for troubled youngsters. One hundred percent of the $300,000 hammer price will go to the organization to help children find the resources and skills to build meaningful lives on their own.

The all new 2019 Mustang BULLITT recently made its debut at the North American International Auto Show. A prototype was shipped to Scottsdale where it was driven on the Barrett-Jackson block by Chad McQueen, the son of Hollywood star Steve McQueen.

“The Mustang BULLITT has been wildly popular since unveiling it in Detroit,” said Mark Schaller, Ford Mustang brand manager. “Both it and the Ford GT represent the pinnacle of Ford engineering, and design. I couldn’t think of a better way to honor the BULLITT’s heritage than donating the car to Boys Republic, which was instrumental in helping Steve McQueen become an iconic, Hollywood legend.”

Mustang Maniac thinks that this is an amazing achievement and collaboration from all those involved.

Roy’s car is coming along very nicely with Yogi fitting the headliner which is a work of art in itself and looks amazing. Who let Yogi loose on the headliner? (In house joke here, don’t ask!)

Wiring has started to be prepped for the dash area and tidied up which again does take care and time to fit it all in without the loom getting in the way of the other parts, such as the wiper motor linkages, gauges, heater controls etc.

The doors now have the rubber seals in place and final adjustments can be made to the door closures.

We have the Mustang Maniac much sort after LED upgrades fitted behind the stock look tail lenses. We have to run extra cables to the main loom in order to make them work, so while we are at this stage it will all look perfect, wrapped up in our own stock look loom tape. 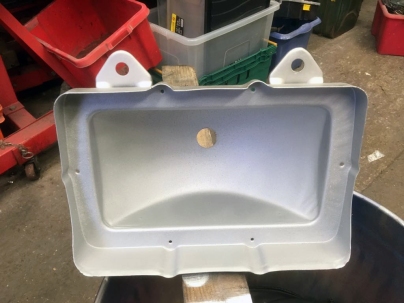 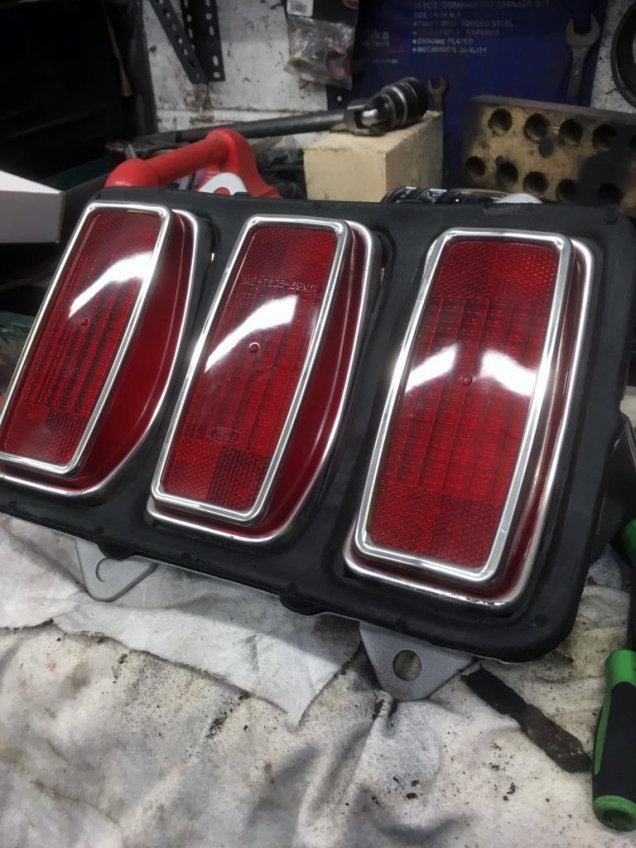 The end result is that coverted stock look combined with the modern high visibility LEDs as standard fitting on a lot of modern cars these days.

We are looking forward to this car being on the road as this will be a cracking looking little lady using as many of the original parts as we can.

Well, not quite! But it does appear that all the celebs can’t wait to get their picture taken with Adam. Vaughn Gittin Jr a drifting legend discusses RTR Mustangs with Adam at the 2017 SEMA show. The full article can be Found in Classic American magazine.

We would like to finish up with a quick Happy Birthday Wishes to Adam’s wife Lynn for tomorrow.