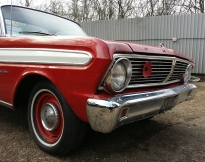 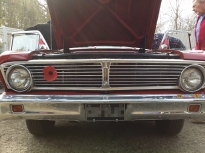 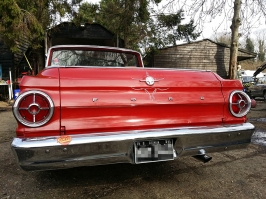 History of the Falcon

The Ford Falcon was built between 1960 through to 1970. During these years, the Falcon was offered in many shapes and sizes to include two and four door sedans , two and four door station wagons, two door hardtops, convertibles, sedan deliveries and Rancheros. The original Mustang  evolved from the development of the Ford Falcon. Many of the Falcon designs and chassis parts were used to build the original 1964 ½ Mustang. It was Lee Iacocca’s ideas to develop a car based on the Ford Falcon chassis. If were not for the Falcon, there would be no Ford Mustang.

The original conception of the Falcon was a family vehicle with enough room for 6, while still maintaining fuel economy, (“32.68 miles per gallon” in Ford testing,) fitted with the 144 cubic inch six cylinder engines with 3 speed manual and 2 speed automatic transmissions. From 1961 a new 170 special six cylinder was an upgraded six with more horsepower, available as an option. for the Falcon in 1961.

In 1963 Ford released two major improvements to the Falcon. From the factory option was, 260 V-8 engine and Falcon convertible available in both Sprint and Futura models. The Sprint had a standard  260 v-8 engine, bucket seats, 6000 rpm rev counter as well as deluxe interior trim package and exterior molding. The Sprint could also be ordered with a 4 speed gearbox.

The popularity of the Falcon body style continued and Ford introduced a new finned body design for 1964 and continued this style through 1965 on both the Falcon and the Rancheros. This new style was a aggressive change from the previous rounded lines of the earlier Falcons, but also proved to be equally successful with the public. One significant change was the change to the 289 V8 engine in 1965 which was offered for the first time in the Falcon.

The 1966 Falcon changed the body shapes again with new lines and larger size. Now more of a mid size vehicle, these cars were more practical and offered more of the Fairlane size frame. The production figures were solid with a total of 182,669 Falcons produced in 1966. The Falcon was still available as a Futura model and now offered a new “sports coupe” model. The 1967 Falcon was virtually the same to the previous year with the addition of a 225 horse 289 v-8 engine. However sales this year shrank by approximately 65% . In 1968/1969 Falcons changed only slightly and sales nearly doubled from the previous year to 131, 419. In 1970, the Falcon name was used on the Torino body frame and was called the “1970 ½ Falcon” which would become the final year of production for the Falcon name.

There are many similarities of the Falcon to the Mustang, but these cars definitely hold their own in terms of features, design, and new product developments.

The Ford Ranchero was produced between 1957 to 1979. This vehicle was the first of its kind being the first car with a “truck bed” design. In the total of 23 years production, there was a total of 508,355 cars made. Chevrolet saw the success of the Ranchero and tried to duplicate their own version of the Ranchero in 1959, but the Ranchero was the original.
One unique feature of the Ranchero was that it was always patterned after a selected Ford car line. Over the course of 23 years the Ranchero model line changed 5 times with numerous body style changes.
From 1957 through 1959 the Ranchero was based on the full size Fairlane and featured all the engine options, including the Thunderbird 352 special v-8 engines along with luxury interior trim options. The standard Ranchero was offered as standard model as well as a custom model which featured attractive body side molding, more accessories and the more elaborate interior finish. Many of these Rancheros were offered with two tone paint and interior trim options.

From 1960 to 1966 the Ranchero followed the Falcon body style and now became the compact Ranchero “pickup”. The early Falcon Rancheros were a great economy hauler which boasted 30 miles per gallon from the 144 cid six cylinder and able to move an impressive 800 pound load capacity. These trucks were ideal for the ranch or around town. In 1963 the Ranchero (option) was equipped with a 260 v-8 engine. This new Ranchero had great styling following its bigger cousin the Falcon. The Ranchero was also available with factory 4 speed manual gearbox, buckets seats, and deluxe trim option.

The 1964/1965 Ranchero changed Falcon design again and also featured the performance upgrades as did the Falcon model. In 1965 the v-8 option was now available in the 289cid version. The deluxe Rancheros had the very rare , two tone paint scheme for 1965 model. These Rancheros used the 1964 style double strip body side molding with the rear quarter panel chevrons. The 1966 Ranchero body style was only used for one year and followed the 1966 Falcon body lines. This particular model was also available with 289-4v engine.
The Ranchero made a change in 1967, when Ford decided to make the Ranchero into the Fairlane body style. The newer model was fitted with with stacked dual headlights as featured on the Fairlanes, these were very well accepted to the public. This new Ranchero was available with all the v-8 options including the 390-4v with 320 horsepower right from the factory. The sporty Fairlane trim options, bucket seats, 4 speed transmissions, styled steel wheel were among the popular options at the time.
This sporty Ranchero continued in 1968 using the high performance engines in the big block Torinos. Rancheros were now available in three models, named “500”, “GT”, and standard models. GT models, were the top of the range out of the three options and were fitted with the stock v-8 engine and colour keyed body side “c” stripe up through 1969 to the Torino. Also available from the factory floor with the 335 horsepower 428 cobra jet motor and ram air induction systems as well, They continued to be offered with many options for the Ford owner. During 1971 they were some of the most powerful production cars built. These trucks were also available with the six cylinder engines for more economy and those on a tighter wage packet. These particular Rancheros were a medium size vehicles following again the Torino platform.
In 1972 Ford made a substantial body change in the Torino, although it was a large vehicle, it was also popular. Towards the end of the 60’s the days of massive horsepower were frowned upon due to smog issues. As a result the new Rancheros had several engine options, usually fitted with the C6 or FMX auto transmission but also available with “Hurst” 4 speed shifters up to 1973.

The 1977 Rancheros had now became the ultimate in truck luxury with The Thunderbird/LTD body style . In addition to the new longer, LTD body lines, the Rancheros were available with power seats and windows, power steering, power disc brakes, and tow packages. The trucks were big and comfortable and were available in the Ranchero standard, 500, and GT models previously offered since 1968. The final year of the Ranchero produced a limited edition 1979 ½ Ranchero with all leather interior, dash board, and special paint color and trim scheme. The production numbers of this model is unknown.