Ford introduced the 289, a development of the 260 during 1963 with the plan for it to be fitted to certain full-sized Fords and the new Mustang. It was produced in Fords Cleveland and Windsor factories and was to become the mainstay of Fords car and performance car programme for decades.

When we looked at the markings on the heads Adam felt that they were unusual and that he had not seen the specific markings before – most of the Mustangs he had come across had 1964/5/6 date markings but these heads were different. 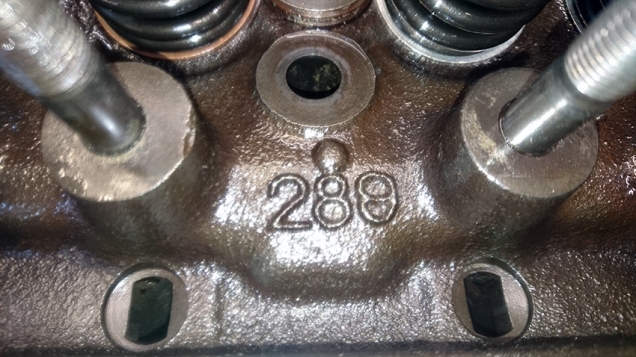 Both heads had casting marks of C3AE:

A: being the vehicle type – in this case ‘generic’ Ford meaning they could be fitted to a number of models.

E: denoting the component type – in this case and engine part.

So these were very early cylinder head castings of the new 289 engine and produced in the earliest batch of production. The next question was when?

The date code cast into each head was different – but this was normal as the components were cast at one of two factories in batches and then machined/assembled as required later – up to 3 months later. 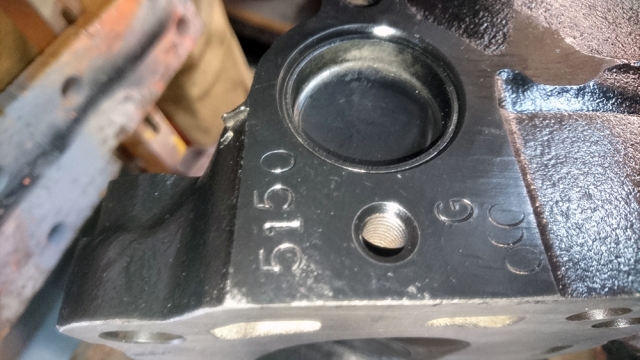 We have tracked down a date code for the castings for you:

To some this might seem odd as you would expect that they would both have very similar date stamps but this is not at all unusual when you consider the manufacturing and engine building process.  Both heads were cast and machined in the first run of 289 components but at different factories – due to capacity and manpower availability. Both would then have been put into a stock pile of raw castings prior to machining as and when required.

Typically Ford would cast components in large batches – blocks, cylinder heads for various engine lines etc. in addition Ford was building components and engines for the new Mustang launch early the following year so would have been stockpiling ready for engine production early in 1964. While lengthy storage of raw cast iron does not create any real problems, the completed engines were only typically stored ready for up to three months – often it was much sooner.

Both heads appear to have been machined in the same production run ready for engine assembly. So these cylinder heads were fitted to an engine in early 1964 and that engine was fitted to the car in our workshop on April 16 1964. It all fits nicely!

Now we knew that these heads were part of the early history of the 289 it was important to restore them carefully and sympathetically. First the heads were completely stripped, crack tested and then given a thorough clean and degrease – it was then that we could really see the wear and tear created over the years. All exhaust valve seats were damaged and recessed and the valve guides needed replacing.  Some companies replace worn valve guides with a bronze/brass guide which works well enough but is not as durable as the original material.

We bored out the cylinder heads to accept a specially made steel sleeve type guide which looks better (I know only a few will see them but we know it’s been done properly) and the new guides were pressed into the head. 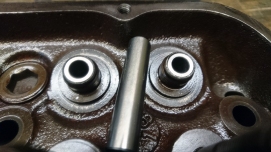 The heads were then planned and all mating faces were machined. 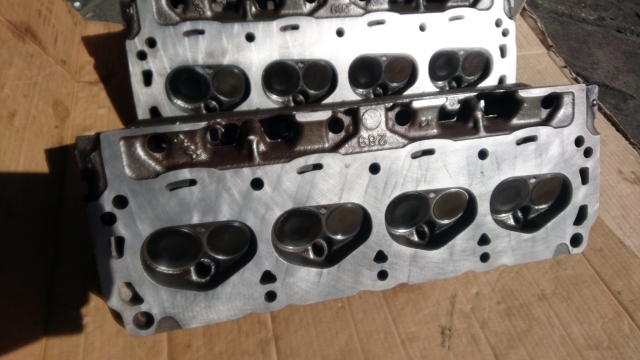 Once all was correct, new valves and stem seals were fitted and the heads were given a coat of factory finish black paint. The owner is extremely pleased with the loving care and attention we have given to these important parts and they are now wrapped up in storage for fitting to the car at some later point. 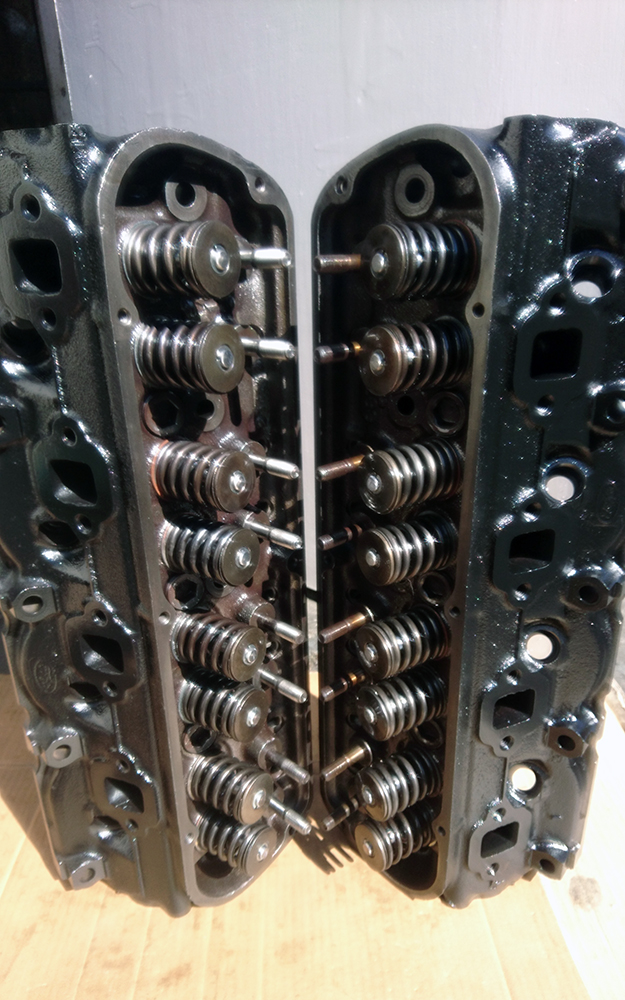 We are pleased with the result for a number of reasons:

It’s nice to be able to keep very early Mustangs on the road and still running sweetly.

It’s great to be able to add to our knowledge of these cars and have a better understanding of how they were made.

It’s always good to confirm that Adam can call on his enormous knowledge to quickly spot rare and unusual Mustangs when they appear.