Here is a very rare and incredible story that spans over some 50 years. The owner of this Mustang bought it from a Ford Dealership brand NEW. That’s day 1 from the show room. His name is David and we shall refer to him as DL for his side of the story. This is a fascinating insight to all those years ago.

Background is that DL is an architect by trade and was working temporarily over in the USA during 1965.

MM: how did you come to the decision to buy a Mustang?

DL: I was living in Chicago at the time and I was working on the 8th floor of the building. When you looked out the window there was a vacant plot which was being used as a car park. Around June 1965 there some guy who must have been working in a block nearby who had just bought a brand new 2 + 2 Fastback. I could see his car park there every day, I thought that’s a rather nice car, I wouldn’t mind having one of those. So a couple of months later I bought one.

MM: What was it like going into the showroom to buy one? Were they falling over themselves to sell you the car or did they just say; do you want it or not? How did it work?

DL: I was talking it over with a colleague at work that we were thinking of buying a Mustang. He recommended this Ford dealership up in North Chicago. We drove there and asked for a test drive. I said, We will have one of these. He said OK, what colour do you want? I decided that I wanted a dark metallic blue and also decided to go for a small engine, just he straight 6 as we were going to bring the car back here (UK). So I thought for the English roads, bearing in mind the only motorway that was open was the M1 I think, and this was way before the M25 was built. So for the English roads I didn’t need a whacking great v8 engine, so I settled for the 3 ¼ litre i6.

MM: So when you were in the dealership, did they give you a book with all the options in it to choose from?

DL: I said that I wanted a dark blue fastback 2+2 with automatic transmission; we also had white wall tyres option on the original 13” wheels for the first 3 or 4 years. They didn’t have a car in stock I wanted, so they checked with the other 10 or so dealers in Chicago where they found one. So two or three days later it was ready. Back then we were driving and old ’55 Chevy which we drove there left it with them and drove away in the Mustang. I cost me $2,800, which in those days was a fixed rate conversion of $2.8 to the £1, so that Mustang cost me £1,000.

MM: When you went to pick the keys up did they make a big fan fare out of it for you, or didn’t they care as they (Mustangs) were selling well?

DL: They were a big Ford dealership at the time who was selling half a dozen cars a day. As far as they were concerned I was just another customer. 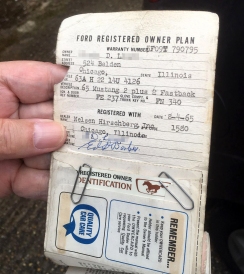 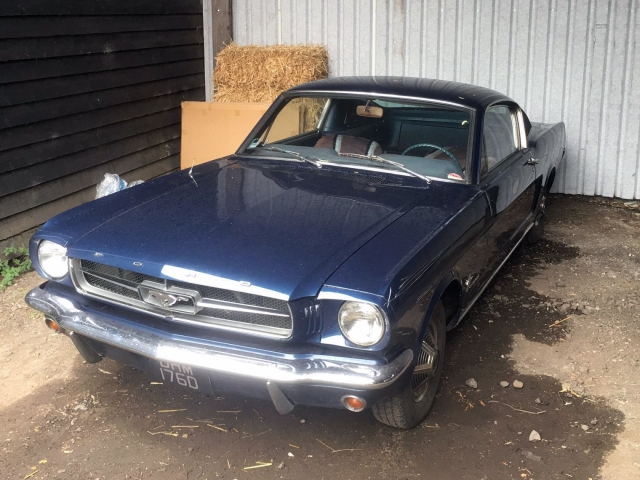 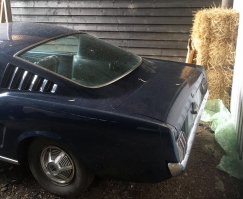 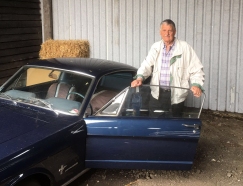 Then roughly 12 months after we bought the car (1966), we came back via ocean liner. They put the car in the hold of the ship by a big crane with a cradle and lowered it into the hold of the ship. It wasn’t a drive on / drive off then. It was quite a new ship, the SS France. 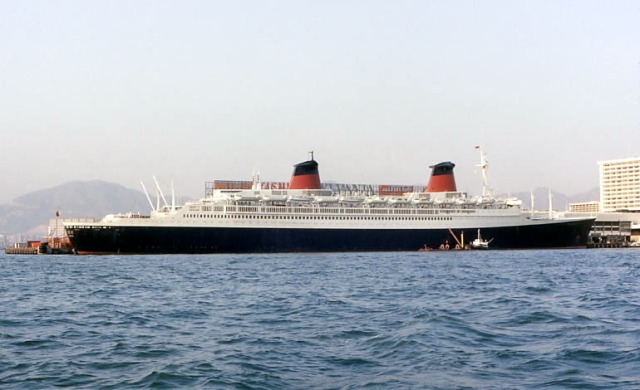 Our first port of call was going to be my wife’s parents in Germany, so we got off at Le Havre in France where the ship terminated. We arrived quite late at night if I remember rightly. The process to unload the car was then done in reverse, they craned the car out of the ship’s hold onto the dock side for us. We had two small children in those days. In the 2+2 the back seats fold down to give a little platform. When the children were small, we just used to put a couple a pillows there (the rear shelf platform) and a blanket for them to go to sleep on. This was before the requirement of seat belts and so on of course. We just travelled around the country side like that.

DL: Since the car has been here in the UK it has been garaged for all of its 50 years. In fact I have done over 200,000 miles in that car. I only sold it a couple of weeks ago in fact. As I have retired I was only doing 300 or 400 hundred miles a year in it which only came out high days and holidays sort of thing. It seemed a shame to keep it in a garage and hardly use it.  So I thought it was time to sell it and move on. In fact I sold it to the guy who done some body work on it for me 20 years ago where the original wheel arches had rusted. At that time we did it up fixed the wheel arches and gave it a complete respray. I should imagine he will do it up and sell it on now. 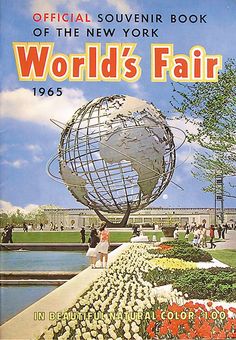 DL:  We flew from Chicago to New York to go to the World Fair in 1965 which was a really big event. There were all these fancy pavilions, English, French, Italian countries and so on, Ford, General Motors pavilions, and we spend the whole day there.

Thinking about it our daughter had her first birthday while we were there in New York. At the event you could hire these little push cars with handles on them for the little ones, so we pushed her around in that, it was more of a day out for us.

DL: I said to my wife lets pop in where they had lots of new shiny Mustangs on show.  We told them that we had just bought a Mustang a couple of weeks ago. They said to us hang on a minute; I gave them my state registration number and they gave us a little tag with our reg plate on which went on your key ring. In fact it was still on the key-ring when I gave Adam the keys to the car, it has been on there for 50 years, the wording has rubbed of a bit now though. They tapped it all out in a couple of minutes while I waited.

This is not DL’s actual tag, but one very similar.

DL: Yes all that time, in fact I used it to drive to work and back every day.

MM: How did you get on with servicing it while it was over here?

DL: I think it was Dagenham motors who had a base in Wembley where it took it for the first few years for a service. In recent years it was taken to a guy who specialises in American cars, so he would do anything needed at the time, they have closed down now though. For the first few years it didn’t really need anything. The first thing after 10 years to go was the gearbox. There was a place in Welling Garden City at the time with a couple of guys in their 50’s, they just specialised in automatic gearboxes. They put in a new gearbox for me and it’s been going perfectly ever since. Again they are not there anymore.

MM: Was it was a straight replacement?

DL: Yes, it still works fine. The only problem I have had in recent years after they put in the new gear box for me 40 years ago is that the seals have gone a bit and leaks transmission fluid. I have a drip tray in the garage and it would leak, only a couple of tablespoons of fluid every couple of months. So every couple of months I had to top it up. So in recent years it cost me about £9 or £10 year in transmission fluid. That is a fairly low cost compared to putting in a new gearbox. The last few years I have been thinking about selling the car so I haven’t replaced the gearbox.

MM: impressive and not bad at all

DL: Well that’s about it.

MM: Absolutely fantastic, and thank you very much for sharing your story with us.