Posted on September 3, 2017 by Mustang Maniac

We have been asked about a car we had with us at a recent car show, but we will get to that a little later along with a story about a “Jobsworth”, in other words, a somebody who had nothing better to do with their time other than enforce a petty rule. But we start again this week with the Park & Ride car on the post.

Derek has owned the car for a while now and has been gradually doing little jobs here and there on her. But after a look at the quality of work we do here, the car has been booked in with us to complete an ever extending list of upgrades and bit of under hood bling. 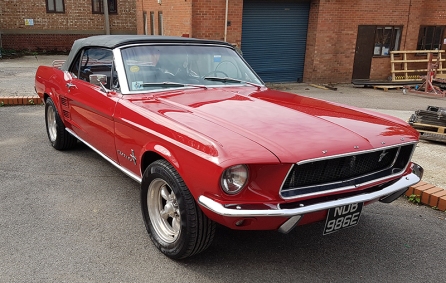 This car is a real like it or loath it restoration or “Restomod” that took six years to complete by our very own Yogi including the awesome paint job, just before he joined our ranks at MM. We love this car it has to be said and is a rare and genuine S code 390GT with all matching numbers. 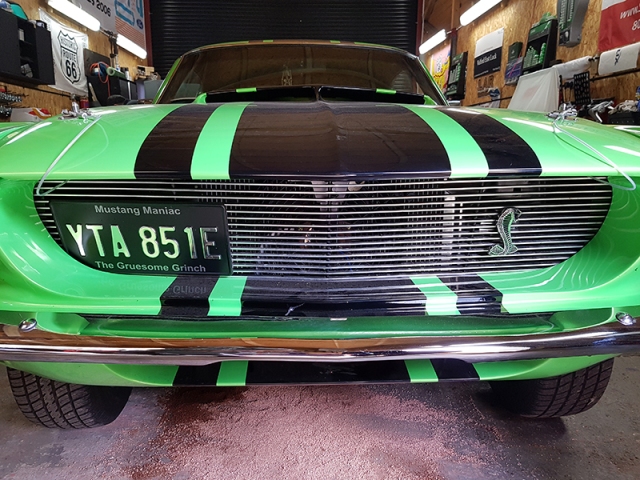 The modifications to the car are subtle and obvious at the same time. Under the hood there is no wire loom. The engine is ported out via a pair of ear drum busting Flowmasters that makes the big block V8 sound like it has a seriously bad attitude. The steering and suspension are total control setup, which is certainly required for this beast of a car. 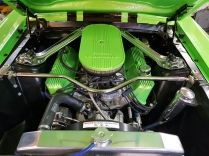 The bodywork modifications are obvious at the rear with the well known Shelby look. The front cowl section has been removed and replaced with sheet metal to give the continuation of the hood to the glass. The rear vents have also been removed and plated up to give a smooth flowing line to the trunk lid. 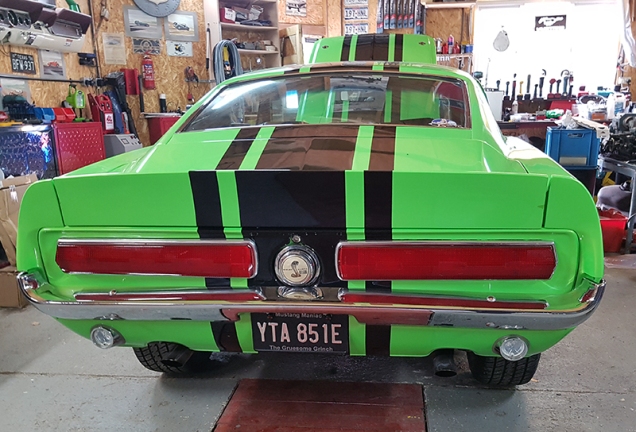 Inside the quarter stick shift is automatic with a racing setup and it needs it. The sound system matches the engine and looks like the car. 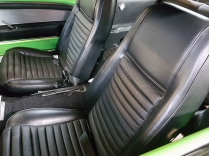 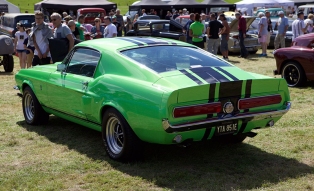 Ken is Adam’s dad and still owns the very first Mustang that Adam restored before Adam’s passion had evolved into the trade leading Mustang Maniac company. The start of the story is that Adam bought his dad a set of number plates with the classic Playboy logo on them, after a bit of in joke while they visited Las Vegas over twenty years ago. The plates have been on the car ever since without a single problem. 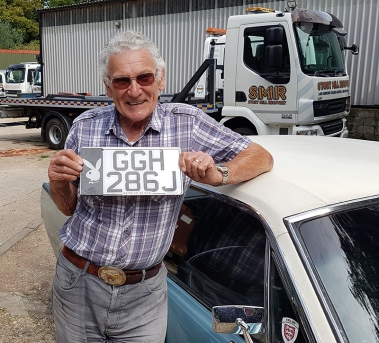 Ken bought the car back down to Adam to have some new wheels on her along with a service at the same time. On way down from the Midlands, the local police constabulary decided to pull Ken over for his number plates. Obviously said individual had nothing better to do, like catching terrorists and murderers, oh no. They chase people for the serious crime of a logo on a registration plate. Nobody in the twenty years that they had been on the car has ever mentioned them before. So now the plates have been changed and Ken was left to feel like a criminal at the time. It’s not as though the car is driven for hundreds of miles everyday!

So we now have Ken’s official mug shot! 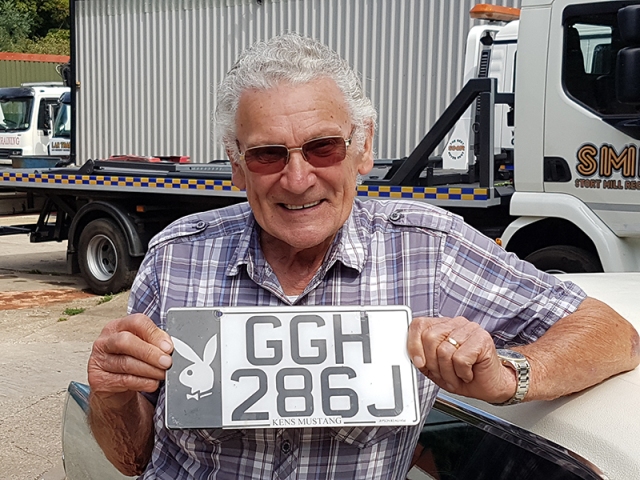 The wheels look great and he went for the classic styled four stud look, but in the modern alloy, which is part of the new range on our WebShop.

We have uploaded a new video to our YouTube channel for the new stock for the 2015 – 2016 Mustangs for the front LED sequential indicator lights.

The link for the new sequential lights click here, or paste the link to your browser.

We have a one-off, bespoke, custom-made pair of smoked rear lenses. We had some clear ones made a little while ago and the reader poll showed us they were not as popular as we thought they would be, even though we sold the small stock we had. So now we now have something the opposite way around – smoked. 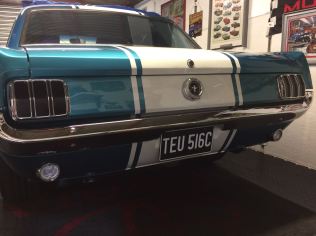 The question would be what do they look like in use? The video here shows you just that:

We have another poll for you, would you buy them if we got them made and kept them in stock?

Please vote and let us know.

11 Responses to The Jobsworth