For the next two weeks Adam is on holiday, he tells us it’s a much deserved break for some reason! 🙂 If you need to order any parts the WebShop will be functioning as normal, or call Yogette who will be running the office in the mean time.

The blog is planning to do is something a little different for the next couple of weeks. Adam will be travelling the world-famous Route ’66 in a Mustang with his wife Lynn, what we hope will happen is that he will be posting a couple of pics each day or every other day when something takes his fancy. All this can only happen providing he has a cell phone signal to do so of course. He also wants to see if anybody will catch up with him on the road to say “Hi” and have their pic on the blog too. We shall see.

Anyway this week has been absolutely stupid busy. We managed to reunite three cars with their owners again and a couple of those eagerly awaited pick ups were on Saturday morning. We even managed to take a few pictures of the owners with their cars and we would like to thank them for letting us do so.

First up was Colin who called in to pick up his lovely black Coupe that makes the windows rattle when it starts up or pulls away, a noisy little number who’s exhausts sound pretty mean with the new 330bhp engine. Colin was obviously happy with the sound and the look of the car. Adam was there on hand to explain what had been done so far and how to drive the car for the first 1000 miles or so until she settles down. The last part that we were waiting for was the new Pertronix distributor which arrived late last week. A bit of rush to get it all fitted, set up and settled down, but we got there. We will obviously get the car back from Colin as a standard follow-up procedure for all our new engines, just to double-check all is OK after the 1000 miles to change the oils and run a selection of spanners back over it. 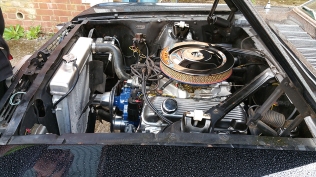 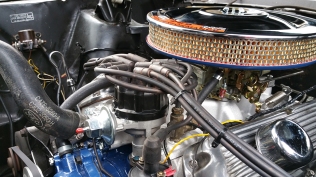 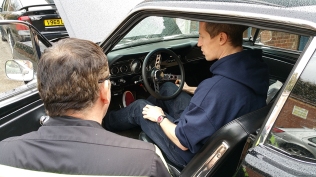 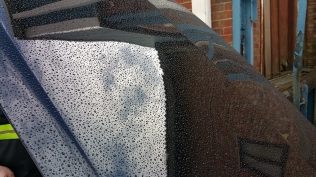 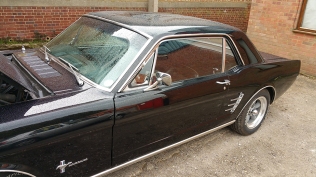 Colin gets ready to hit the road, and we would like to say – “Yes Colin, we could still hear you quarter of a mile away down the road!” 😉 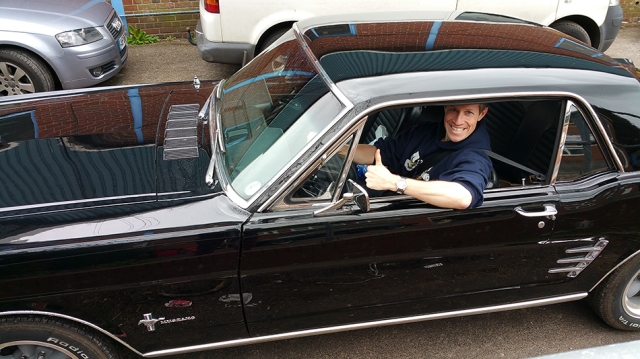 This little section we incorrectly referred to Colin as Chris. We apologise Colin and as for the daft individual who composed this post we promptly shoved a spanner where the sun don’t shine. Sorry Colin.

Next up to go was a “Hertz Rent a Racer” ’65 fast back, which have been working on when we had a little time in between jobs. A very nice car now that just needed a couple of little bits doing to it here and there. We also have a new member for the Yogi Fan Club too because Andy wanted to have a GT350 fuel cap fitted, as Yogi was about he volunteered to fit it for Andy.

Andy posed for a quick pic by his car before he too hit the road. 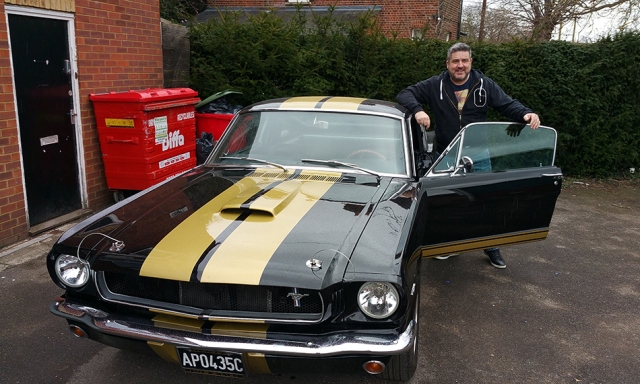 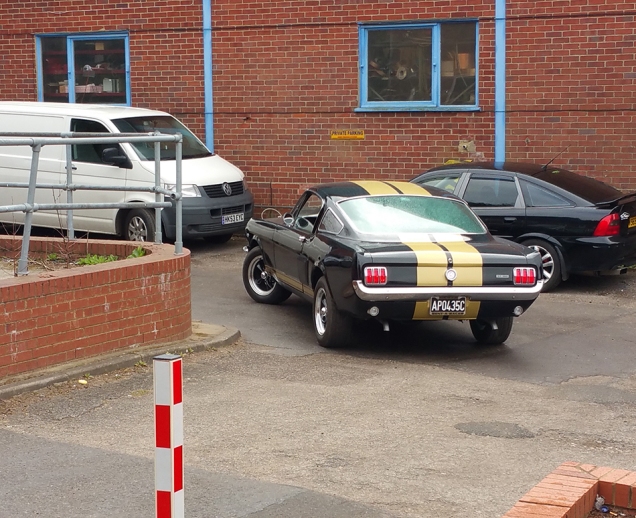 Shortly after all the departures had gone, we had a genuine and rare T5 returned to us for a little work and some Mustang Maniac TLC. We hope to have those pictures ready for you in the next week or so. We are glad to welcome this little lady back again.

The Rust in Piece is no longer rusty at all, in fact we need to name her something else but we are not quite sure what yet. The back-end has been fitted together and painted, both doors are in place and the starting of the suspension build. This is going to be a nice early car once she is finished. 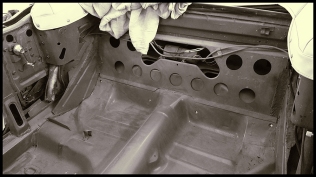 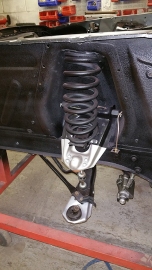 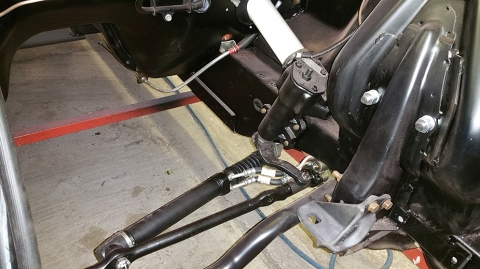 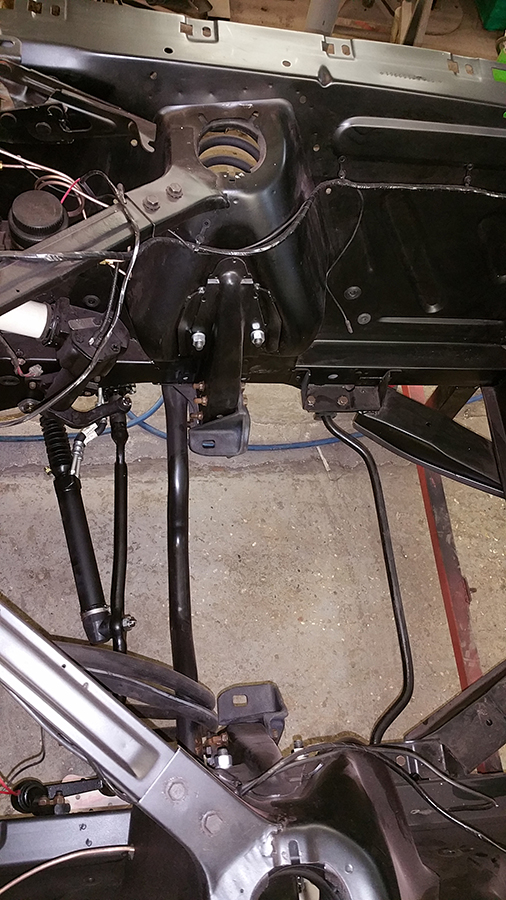 Lastly to set a record straight.

A comment regarding the Mustang Owners Club Of Great Britain alleged fracas.

We are aware that certain members may, or may not have been banned from the Mustang Owner Club Of Great Britain. The background is that a post was made on their forum that mentioned our own fledgling Mustang Maniac Forum, if anybody was interested that is. The post was made with good intentions to help other Mustang Owners. That post was promptly removed saying that it was not acceptable. Then another post by a different member of the MOCGB was put up to ask why the previous post was removed. Again this second post (after a couple of comments were left) and their subsequent third postings were also removed. We would just like to state that we being Mustang Maniac, had nothing to do with those posts, and we even replied to the post before it was removed. We can’t speak for other people’s actions and what they do, as it’s none of our business. We will not be drawn into this rather sad situation where MOCGB feel that they do not wish to acknowledge our Forum, that’s their choice and we understand and accept that. We are bigger than that to get potentially involved in some sort of petty argument about it. Quite the contrary in fact, we have mentioned their club and their forum on this blog before with no issues at all, and why not? We will even mention them again in the future I dare say. It’s a Mustang movement of members who enjoy the cars and like to network, and we believe that the world is big enough for more than one forum to be honest. We have our target members and the MOCGB have theirs. They have their rules and we have ours. We hope that sets the record straight for anybody who may have heard anything different!