We had a visitor this week in a very nice ’73 convertible. This was a looking a little worse for where when we first saw it, but it has now been fully detailed, the colour is back and she looks great. 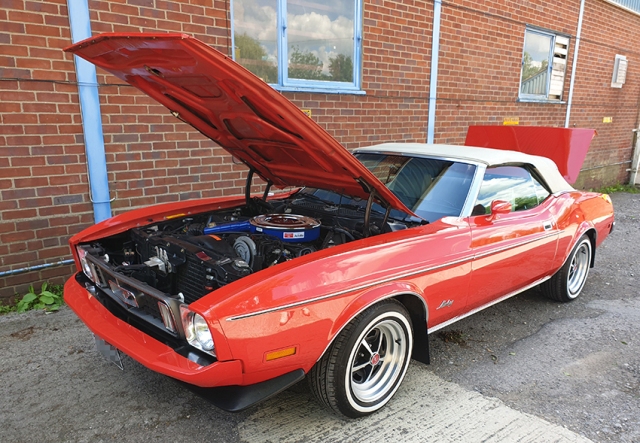 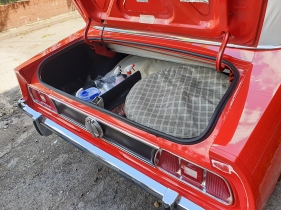 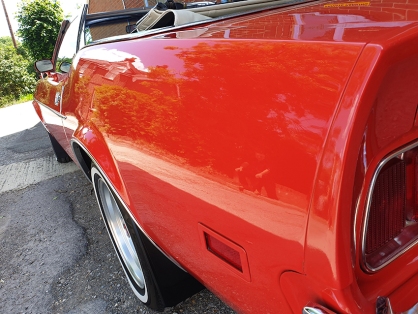 This shape was not the most popular of styles at the time, but as time has rolled on this model 351 4v Cleveland soft top is a quiet effortless cruiser. These cars now hold their own at car shows and the prices are starting to reflect that as well.

Mustang Maniac not only sells parts to the domestic market, but we also keep a certain few little things back for our ‘racing’ customers that are not on the WebShop. one of those components is the ‘Tie Rod Adjusting Sleeves.’ now the normal option is the tube that had been cut away with clamps at each end. These are absolutely fine for everyday use. But can cause some issue on the race track.

To counter that problem we stock these steel versions that have been zinc and colour passivated. They are a solid tube with the correct left and right hand threads with the corresponding lock nuts. They are solid in the middle for extra strength where the spanner can go to adjust the tracking. 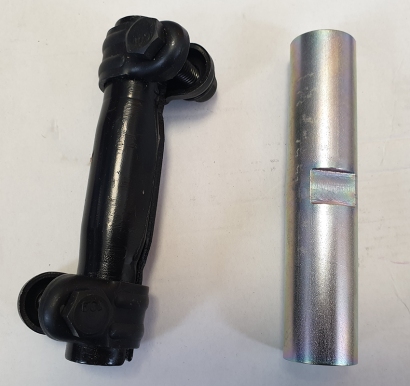 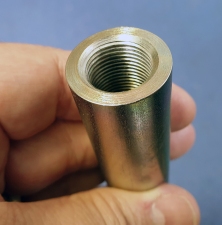 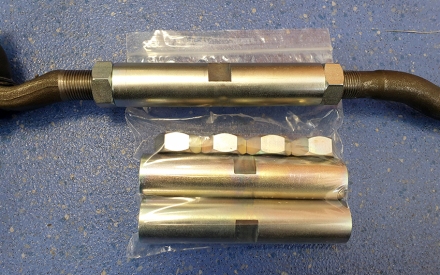 We have been told by Adam that these will be going in the WebShop soon after we spotted the delivery!

The third option is the new in Scott Drake billet part for their Tie Rod Adjusting Sleeve. This is more expensive and laser etched. The link for it on the WebShop is here. 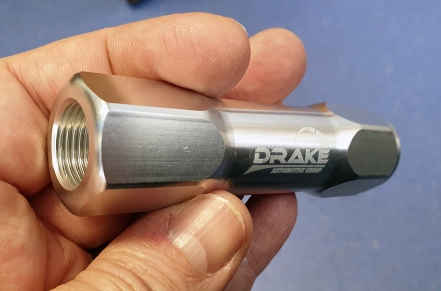 This is very lightweight and offers that optional bling for the show car or track.

Here are the comparisons.

We have also been asked what our ‘ENOS’ range is. Well it stands for: 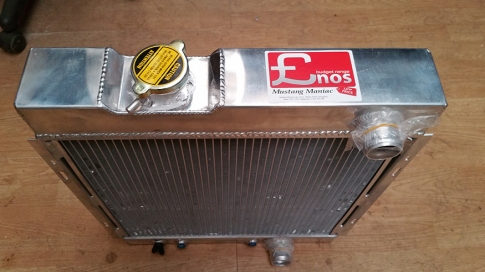 This can be anything that we have left over from a large order, discontinued lines, or budget versions of the more expensive products. Such as emblems, wing mirrors, radiators etc. Ideal for those that are restoring a Mustang with the intention to sell on when completed or those on a tight budget to complete the project.

The new 2020 Mustang has been revealed and it’s going to be a monster!

After making its debut in Detroit in January, Ford decided to keep just about every major detail of its Mustang Shelby GT500 a secret. Now, over half a year later, Ford has finally seen fit to tell us how much horsepower it makes.

Ford on Wednesday finally announced the GT500’s output. Its 5.2-liter supercharged V8 puts out an impressive 760 horsepower and 625 pound-feet of torque. Not only is it the most powerful street-legal Ford ever built, the automaker says this engine is also the most power- and torque-dense supercharged production V8. 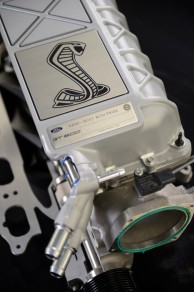 Of course, that much power means the V8 will be generating a heck of a lot of heat, but Ford already planned for that. Earlier this year, we learned that Ford leaned on the help of supercomputers to map airflow around the vehicle and find the optimal amount of cooling for each component. If you made the radiator or intercooler too big, it might starve the transmission cooler or the airflow over the engine itself, so Ford crunched a bunch of numbers to make the airflow as efficient at removing heat as possible.

When the GT500 debuted, Ford told us It would be capable of a 0-to-60-mph run in the mid-3-second range, with quarter-mile times under 11 seconds, and that definitely seems doable in the GT500 now that we know the engine specs. Mated to a mandatory dual-clutch transmission (sorry, stick fans), this car is about one thing and one thing only: dominating the track. 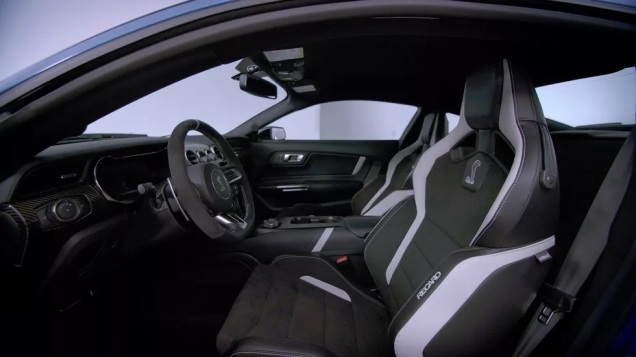 The first examples of the GT500 won’t make their way to their lucky owners until the fall, and we’re unsure of the cost still. In late January, Ford auctioned off GT500 VIN 001, and it crossed the block with a high bid of $1.1 million, all of which went to the Juvenile Diabetes Research Foundation.

2 Responses to Getting Tied up