Cunning As A Fox

The week started of very well with the arrival of the freshly painted ’69 back from the paint shop, the down side is we needed to make room for her as all the spaces we had lined up were all taken with mostly service type of work this week. We promised last week that there would be an update on the Fox body LED conversion we have bespoke, one-off, custom-made from the ground up, or perhaps we should call it the mark 1 version for now.

This ’66 Coupe is owned by Adam D. who has only had this little lady for a number of weeks. Adam bought this car in to us the previous weekend for a look over as he wasn’t sure what to make of her. So both the Adams took her out for a road test and the verdict was made. She was booked in with us during the week for a good old sort out and little loving care that ONLY Mustang Maniac can provide.

The car was running a little rough on her very first visit, so we had an impromptu air filter change and a default setting carb tuning, all on a Saturday morning while the mandatory cup of tea was to be had. So if the phones were not being answered – here is a perfect example why. 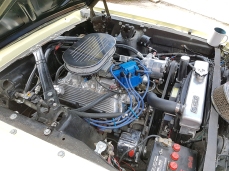 Once we had the car in this week, we could have another good look over her, the car is not in a too bad at all and quite clean underside. The main concern was that the front drum brakes had been converted to a discs, nothing wrong with that of course. But, there is a problem when the conversion was left with the original single pot master cylinder and booster in place. As a result there was not enough back pressure to keep the pads from dragging on the discs. As a result this was slowing the car down, using more fuel to get going and making things hot. You can see the old single pot master cylinder here at the back right which should be a dual version with disc brakes. 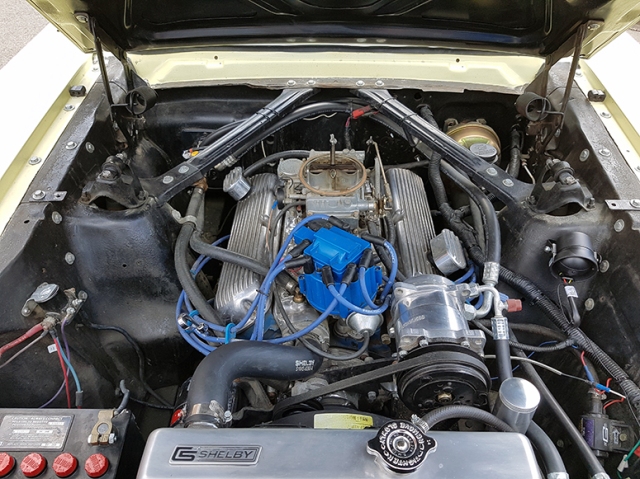 There was a smell of petrol from the back and it was obvious that the fuel tank had a crease in it, from what looks like it was backed over something, which was in turn seeping fuel slowly, and certainly required a new one. The car was up on the ramps fuel tank was swapped out, and the work started on the master cylinder change over to the correct dual cylinder that should be used, the brakes were bleed and properly adjusted all round. The brake pedal was adjusted to the new cylinder push rod. This in turn highlighted the hand brake that was also needing adjusting correctly now too. The car had a little quirk where the gear shifter needed a little wiggle to start and the transmission lever would not stay in Park. The safety cut out and the transmission selector lever connected correctly and adjusted, tested and all was now fine. Next up to be sorted out was the engine running, starting with the spark plugs out and the new ones gapped and refitted. Holley default settings were dialled in and the fine tuning started from there. The timing was out and needed resetting which helped a great deal for the initial running and idling. Next was the air/fuel mixture carb settings, Yogi demonstrated his dark art of engine tuning by feel, response and sound. It’s OK setting the mixtures to “what the book of words says”, but, “if it doesn’t run right what’s the point? All engines are different,” said the bear. Once the engine was now the best it could be for the garage setup, it was time for a full road test. The car came back with a small list of final tweaks for the carb setting under load, and that the speedo was reading 10mph to slow which required a new speedo gearing to fix that. The brakes were now spot on and bedding in nicely, but now we had a little wheel balancing to do to get rid of the wobble at speed. Another road test and all was good in the retest. 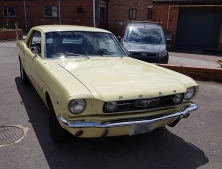 In fact the Owner Adam D. sent us a pretty awesome email, as he was well pleased. I’m sure he won’t mind sharing this little clip with you;

“The work that you guys at Mustang Maniacs have done on the car was phenomenal – differences you have made since you got it and did a couple of days work, pulls and accelerates noticeably better – absolutely beautifully and even sounds better.  The brakes also seem to work so much better and it handles and steers so so much better in the bends and straight – no more steering wobble or unnoticeable !!! Petrol consumption is also so much better – really very noticeable indeed.”

We are pleased that we have another happy customer who can really enjoy their car which is just how it should be.

We promised this last week so here it is; A new acquisition Fox Body Mustang was bought into us, the requirement was to have some flashing amber LEDs to make it UK road legal keeping the stock look of the lenses. Now we don’t have a ready-made kit for that, so it was time for Adam and Yogi to design and make a bespoke set of LEDs. The guys are keeping this one a secret on how they done it for now, so there is no circuit boards allowed to be shown, but we can show you the results. 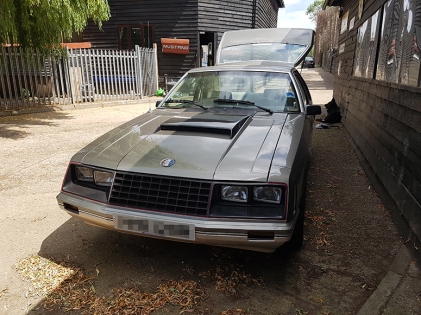 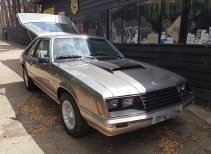 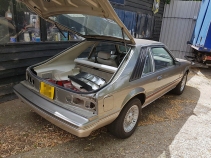 The rear assemblies were taken apart to expose the lenses. We think they look great. 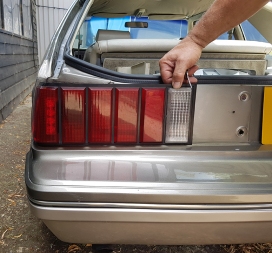 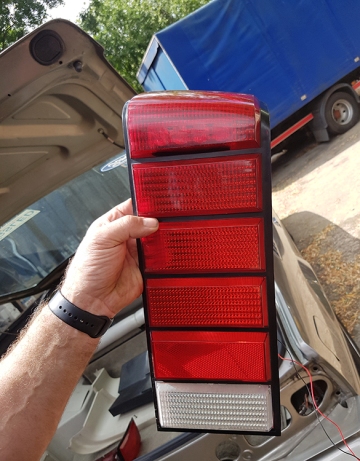 Before the custom Mustang Maniac Fox lights were fitted they were tested off the car and here is that test. 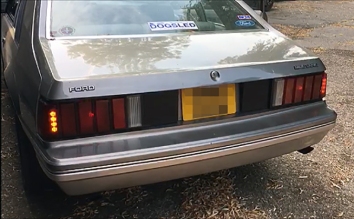 The owner is one very happy chap too.

We have had a bare metal respray back from the paint shop and now ready for that rebuild. There is just something magical watching a car unloaded with her new paint. This is going to be a cracking looking car once she is done! 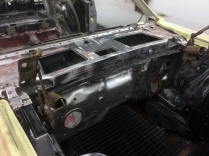 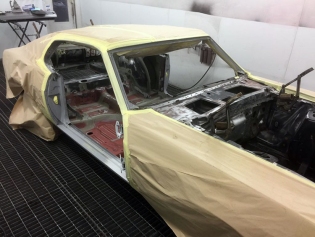 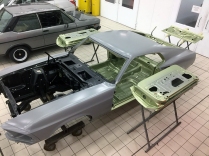 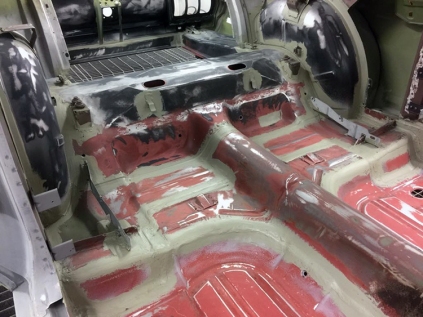 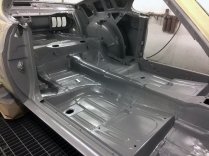 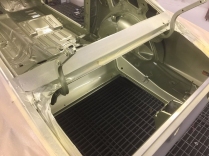 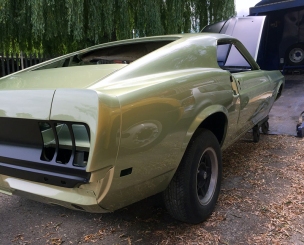 But before we can start work on her – we need to clear a couple of cars out first. We are looking forward to this build.

4 Responses to Cunning As A Fox