We mentioned last week that we always get busy this time of year due to the show season, so we would like to thank those of you very much who have emailed us and we hope that the response(s) was what you was after. We can see some of the emails have resulted in WebShop purchases, so by the looks of it the system works we are pleased to say. While we are subject of show car season even our very own Yogi has been bitten by the car show bug. 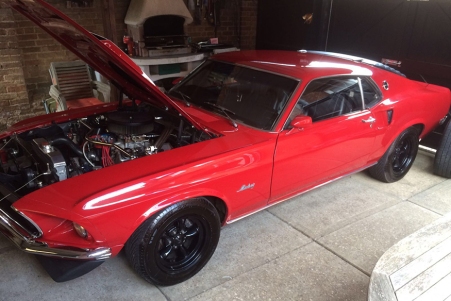 There was even a request for the Yogi fan club to have a picture of him again, (Note: must find the person who started this “Fan Club” thing up and feed them to the dogs). 🙂 Seriously though, we found a picture that we like and decided to post that up just for the Yogi Fan Club. 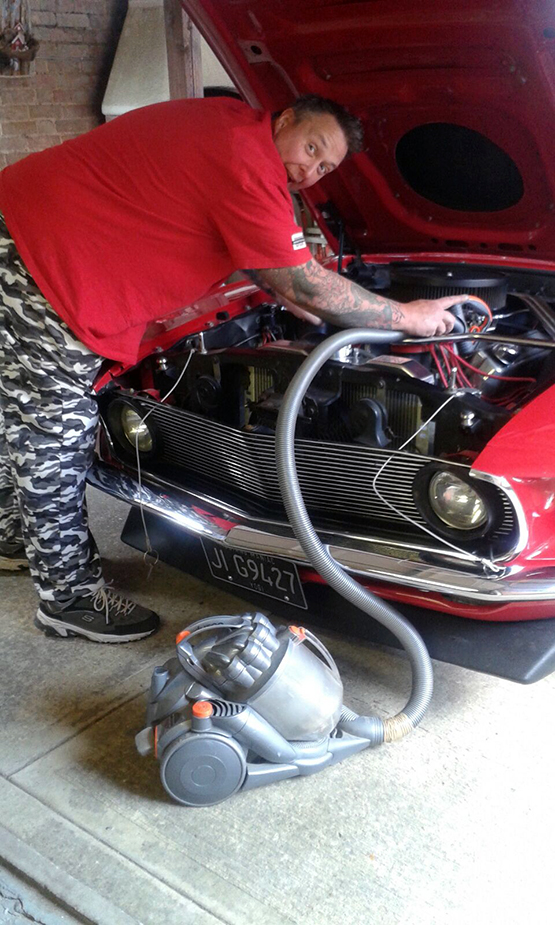 (Rumour has it that Paul spotted some dust on Yogi’s engine.)

We have been sent some more pics of the French convertible on the first of a few outings. This day trip needs no introduction as the pics speak for themselves. The car generated a good deal of interest at the event the owner was pleased to tell us.

Big thanks to the owner who kept his promise to send us some pics of the car during her events, please keep them coming.

A new project in the workshops has been started on to take out the engine and gearbox to see exactly what we are dealing with under the bodywork. She was bought in from the states and has sat in the owners garage for the last three years. Considering the time standing still, the car is not in to bad a shape at all. We are trying to come up with a name for this little lady so we thought “Patchwork”, the reason being the floor pan has had a patchwork of welding done to it and not very well unfortunately. Nothing that concerns us of course as we have done it many times before.

The bodywork is not to bad at all on the upper side and paint looks pretty reasonable too. We were a little surprised when we had a proper look at the floor area, part of it had been cut away around the chassis legs and held in place with few self tap screws. We have seen this before from USA restorations that were done in a hurry. We have arrowed the offending items on the pic below.

The tunnel of the car had been cut about a fair bit in order to make the manual gearbox fit, another good reason to replace the floor pan with fresh clean metal. We shall sort that out properly when we replace it with a C4 gearbox. 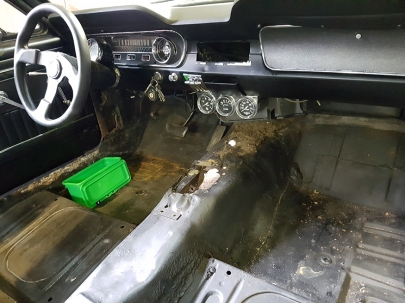 The other usual spot for a bit of rust is the inner fender for the battery tray which will also be replaced.

When we moved the car around by hand it was clear that the diff has been locked up or welded up, we will need to investigate how it’s been done properly. The engine runs a little lumpy, but we can soon sort all that out, so we are not to bothered there. So in general it’s not a too bad a looking car at the moment, we have seen a lot worse that’s for sure.

A few posts ago we mentioned that we had an old Ford Country Squire hat was going to be used as a tow vehicle. Well we right there. John – has now started working on it and got the engine out. A few of the fittings were a little difficult to get out due to age and rust etc, but John got the engine on a pallet without to much trouble. 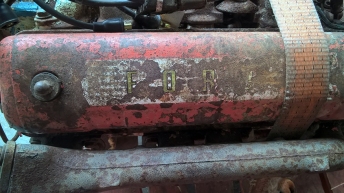 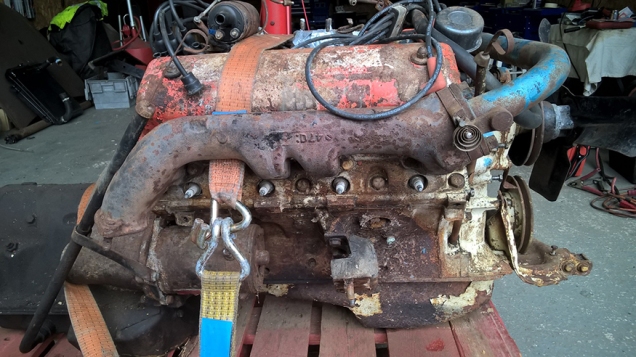 Adam had to go and get some of his new Alloy wheels out of stock in order to send to a customer, so we grabbed a quick pic of the temporary Aladdin’s cave until it’s all moved into their proper storage location.

It’s no secret that Adam loves his Ranchero truck and uses it, a lot. While Adam was in the stash area he pulled himself a set of his new Scott Drake 4 stud alloys out to give his Falcon a treat. He likes these new wheels that much, and it’s his truck so why not?

Adam took the old wheels off the car and they are now in storage. As much as we like originality these wheels really do suit the car.

Original As It Gets?

We have some more pics of a car that Adam has stashed away, the car still has the original exhaust from 1965.

Yes you did read that right, Adam sold a car and bought a couple more, but we can see his logic there. It was time for a quick blast before she went to her new owenr. Sad to see her go, but even more happy to see his new additions to the Mustang Maniac fleet. 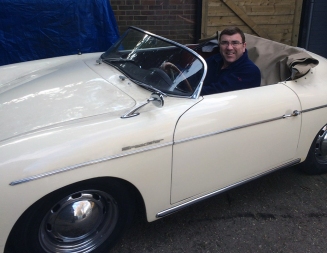