We hope you had a Great Christmas and relaxing few days off before we start the forthcoming year. So we would like to grab this opportunity to wish you a very Happy New Year.

So what have we been up to in the mean time before the festivities got a chance to throw a spanner in the works. (See what I did there? Spanner, mechanics etc!) Anyway moving on starting with the cars; we are carrying on with the Mach1 Lime project car of Paul the Paint:

The car had to be cut back to the good metal, this is nothing new of course, but it can be more hassle to cut a part panel than just replace the whole thing. Yes, there are those who will say keep the original, but if you are cutting it out then you may as well replace it with fresh metal. Anyway, the front of the car didn’t have a lot left by the time Yogi got busy with the grinder. 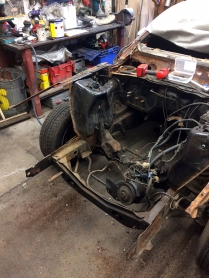 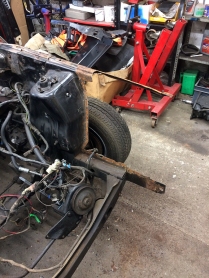 The Plenum in the car was removed to check the internal part of the firewall and ready for the cowl to be welded back into place.

We think that somebody woke Yogi up after his Christmas dinner because like a man possessed he took the cowl out to expose the remaining parts of the front section.

The inner panels were then welded into place and seam sealed. 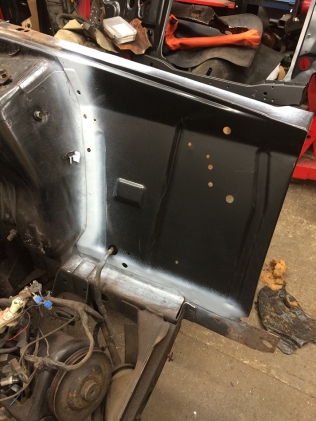 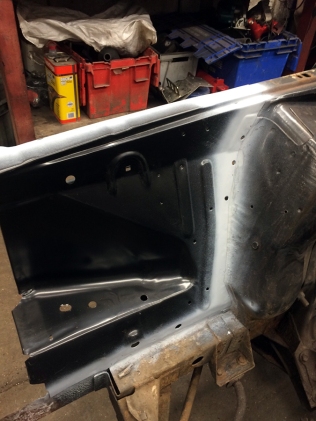 There will obviously be more when we get the cowl in place.

For the new year we will be selling some items through “eBay”. What these items will be we are not sure yet. They could be items from around the shop we no longer need or have too many of, perhaps a bargain from the WebShop. So we have now created a menu at the top of the page “For Sale – “eBay” “. This has our Seller ID (a temp one for now) and a list of the items we will be selling from time to time. Keep checking and follow us as a seller to make sure you don’t miss a thing. Click the link below to go to the Seller profile.

We have a little something on there for now just as a proof of concept or trial if you like.

Two requests recently to us, one we are quite happy about the other we are not so sure about.

The first request is for more of the pups, so not wishing to disappoint we have a few more pics as they are growing up so fast now. 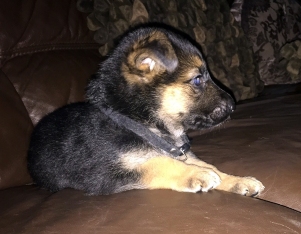 Meet “Enos” – the runt of the litter!

The second is the YFC “Yogi Fan Club” where we have had a couple of emails asking for more pics of him. We can’t believe we are seeing the odd comment about him and the few emails arriving too. We didn’t want to do this, but as it was requested how can we refuse? Adam did say “Easily” by the way in response to that question!

The first picture taken by the Christmas tree where he was seen lurking around looking for the Mustang workshop manual he was promised or was it beer. The other after he realised that workshop manual didn’t show him anything that he didn’t already know, or was it that he had found the beer? 🙂

Where is the manual / beer?

do not feed the bear!

Just after the Mustang launch, various die-cast model makers around the world sought Ford permission to produce models/toys of the now famous Mustang. While Ford did grant permission for some convertible and coupe versions to be made, their main focus at the time was on the newly introduced fastback. In the UK, both Dinky (model number 161) and Corgi (model numbers 320/325) managed to obtained rights to issue their models in 1965. Corgi at the time was considered to be the best likeness – with working suspension, jewel headlamps, opening doors and folding seats. The very early Corgi versions had wire wheels and some even had a Corgi dog seated on the parcel shelve. Have a guess at how many different Corgi versions of the 1965 Mustang Fastback were issued during 65/66?

Six initial models: silver, green, blue, purple metallic along with a flower power design (well it was the sixties after all!) and a ‘racing’ version in white with red stripes (the model came with various numbers so the buyer could put their own special number on). In addition, Corgi made all of the above as re-issues during the sixties using differing wheels and packaging (some models were re-issued a couple of times). They also produced what is now an extremely rare version of the racing car with extra stripes along the rocker panels. 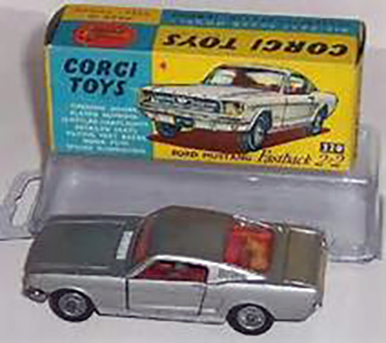 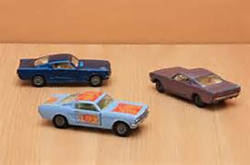 It’s fair to say that they are all now extremely collectible – mainly by adults trying to recapture the memories of the toys they played with when they were young.

We asked Adam what he enjoyed about holidays best – he said the quiet roads, “While I was out I took a couple of pics early in the moring”. We can see his very good point here. 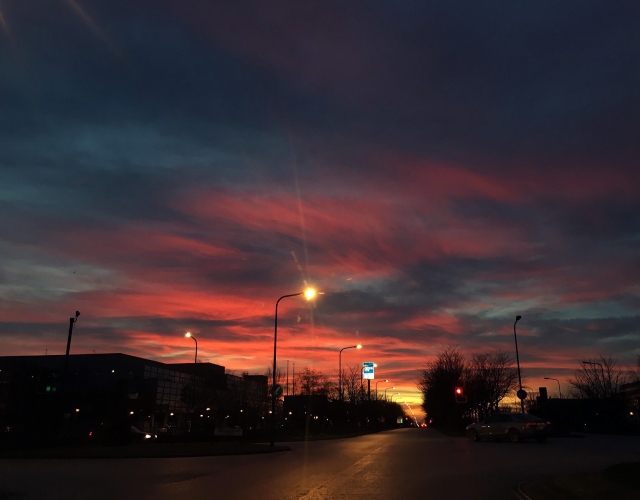