This is our last full week before Christmas and looking forward to a few days well earned rest. We have some more puppy pictures which are back by popular demand (thanks for the emails). We say goodbye to the Acapulco Coupe, Paul the Paints Mach1 gets a strip down and we finish with a poem from a close friend and loyal customer Gary.

The removed top part showed our worst expectations. The lower cowl had gone rotten beyond economical repair. The top and bottom parts of the cowl have been ordered and coming in shortly. Although the parts are on their way, they are not cheap unfortunately. The simple reason is these cars are not quite at the restoration stage of the 64 – 69 models. The parts are being made now and should get cheaper over the coming years. We had to drill out the old weld points from the rest of the bodywork as normal for this type of job. The left side of the cowl didn’t look much better but could have been repaired if we wanted to. 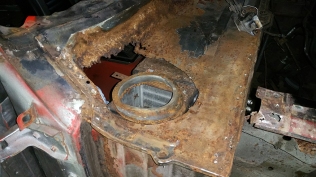 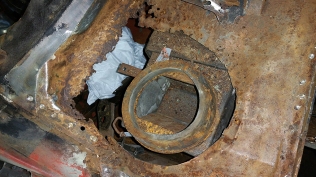 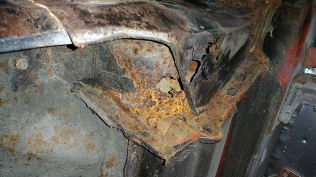 Just for now we have stopped work on her untill all the parts in place. The other parts of the engine bay have a few issues and on investigation she has had a minor shunt. The top part of the frame is kinked a little and the an inner panel rippled along with a little rusty bit. Nothing that can’t be sorted we have seen much, much worse and this will be a great looker once she is done. 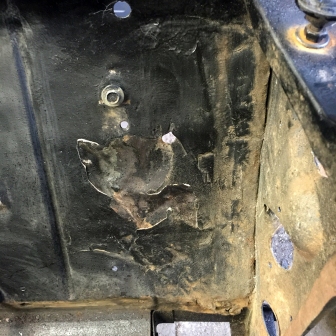 The car has been passed as road worthy via the UK’s mandatory MOT certificate. It’s always a big day when that bit of paper proves your work is at a high enough standard to be on the road. Mart was down with us for the day so he could ride home with her. Adam managed to get the trusty covered LAR Traffic Services lorry so that she could be taken back to her home. After four years of work and few of those years temporarily at our yard she arrived home with Adam at the wheel as he drove her into Mart’s garage for the first time. It was a nice moment to see a grown man with a particularly huge silly grin. Merry Christmas Mart. 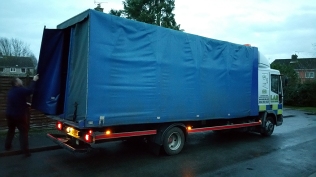 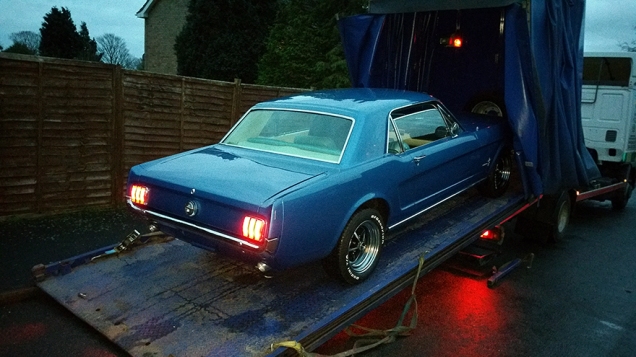 Adam’s KR was not to be left out, the back of the car was always neat and tidy, but Adam wanted it stepped up a notch. So carpets and boards were fitted to the trunk and she now looks totally different. A little more mellow if you can use that word with this beast of a car.

This car was in for some work on the engine. The engine has had some modifications which resulted in there being no oil dipstick. So we had to unpick a little of that work and replace water pumps, belts and add that critical oil dipstick back in place. The owner was pleased with out work and being as it was that time of year decided that he would treat himself to a few more little Christmas prezzies while he was at it. First up was the hood catches which always makes the car look very different. The part number for these catches is S1MS-16892 and can be found on our WebShop click here. Next up was the front spoiler with a part number of C7zz-63001 which again can be found at our WebShop click here. Both are the top quality Scott Drake parts we stock. The difference is an instant hit with this owner. Merry Christmas to you too. 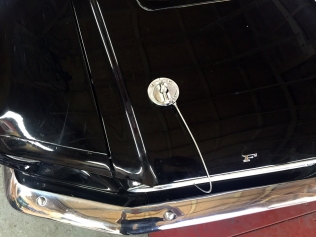 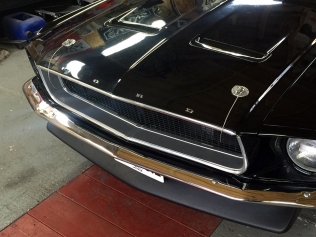 Back by popular demand should we say, we have more of the puppies. It was a very sad time a couple of weeks ago that we had to say a final farewell to Paddy the father of these beautiful pups. He was suddenly taken ill and the incredibly difficult decision to let him go was taken. But, his pups and memory lives on, and as so one of the boys will be called PJ (Paddy Junior). The other pups we will be keeping are called Daisy and Enos.

Ellie the mum with pups 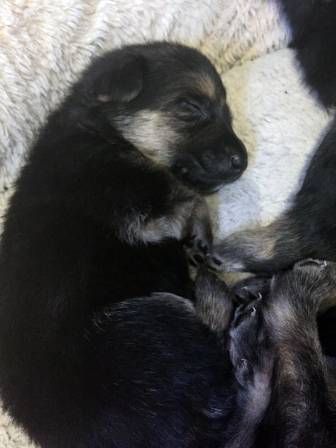 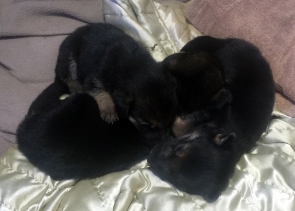 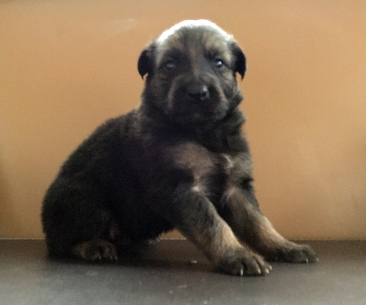 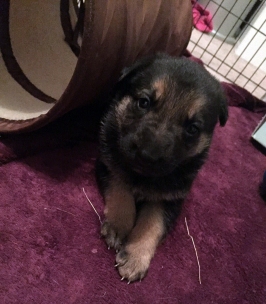 We thought we would let you know that we have had a couple of requests for some “Yogi Fan Club” pics to be put on the blog, shall we or not? It would mean that we may have to wake him from hibernation in his cave for the pics!

Did you know that Yogi can smell Jaffa Cakes from about fifty feet away, that just happens to be about the same distance of his , sorry, cave to the Boy’s Club!

To round of this post just before Christmas, what better way than a brilliant little Christmas Mustang Maniac poem. This was written for us by our very loyal customer and great friend Gary W. We have never had a little ditty composed for us before, so this is a first on our little ol’ blog. Thank you very much Gary, and Merry Christmas to you too. We couldn’t have put it better ourselves; well we didn’t, but you know what we mean.

It’s now time for Christmas and the happiness this time brings
For the lucky Mustang owner, some new chrome, trim and things
Finally at Mustang Maniac comes peace and quiet and calm
Though plans of all the next projects still add to the charm

They fix them up, they paint them and make them all look smart
They stock all the big bits, the oily bits and all the small parts
The love and care and they worry, keeping Mustangs in their prime
And keep their many loyal customers very happy all of the time

So given the extremely busy 2015 that they’ve all had
To put their feet up for a few days really won’t make them too sad
But Adam and all of the gang will be back soon all fit and well
So “Happy Christmas” Mustang Maniac followers have a great “Noel”!