A busy week came to an end with a pretty good evening with a BBQ last night. What was the reason for the BBQ? Well it was both Adam and Yogi’s birthdays. Not this week but next week. Adam on the 27th Oct and Yogi’s on the 1st November. Well tell you these things because if you turn up to the yard this week make sure you have cakes!! 🙂 This will be our last post before we go to Las Vegas next Saturday morning – did we mention that? So, we have a treat for you an extra large post to keep you busy until we get back. Before we start with the pics from last nights BBQ we will start with the cars, and of course that means our big project at the moment the John Wick car.

The car is pretty much completed outside with only a few more bits to add, while we are waiting for the gauge overlays for the dash to be shipped over. Half the dash is in and the centre console, enough to take it for a road test. 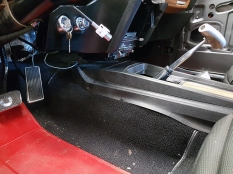 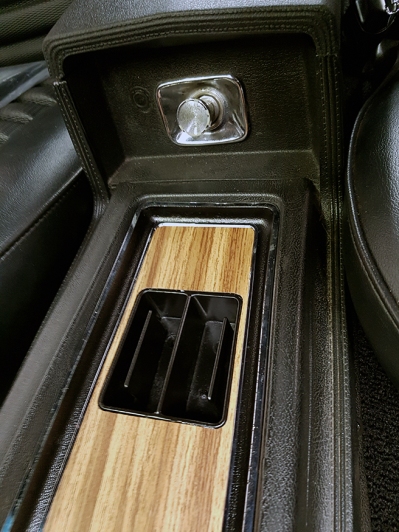 Adam used his GPS speed app to take her out for her first spin, where to? Petrol station of course! There are some conspiracy theory’s here that they are one and the same, pics for comparison. Adam says “Why do they want Keanu Reeves when I am available?” You tell us!!! 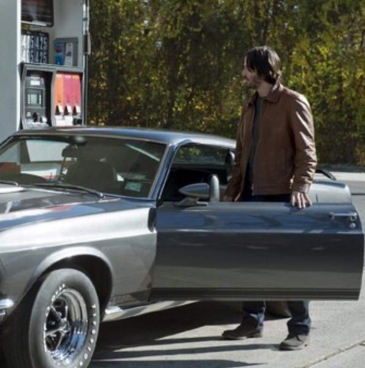 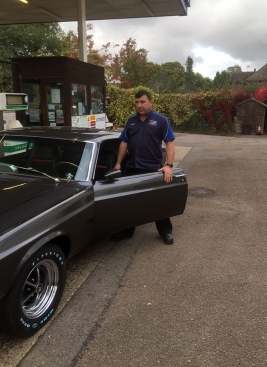 Side markers had to be cut into place and final gap alignments after the road trip with everything bedded in a little. We are awaiting some special order scoop fittings that will allow the scoop to be added and not bend the or distort the hood. 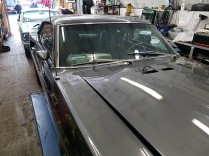 We have been asked what does she sound like? Well listen for yourselves with this little video we have for you on idle.

The owner of the car came down to see the progress so far. We thing a picture speaks more than our words can say.

Chris has found some time to get to work on his fastback and has started cleaning up the engine bay. A long process that is tedious but crucial to see what you are dealing with under the paint or filler that be hiding. Chris has made good progress so far and found no nasty surprises we weren’t expecting which is always a good start. Ahh, the smell of industrial strength paint stripper! 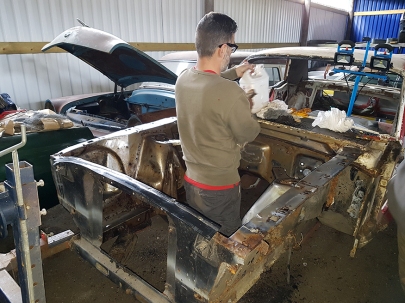 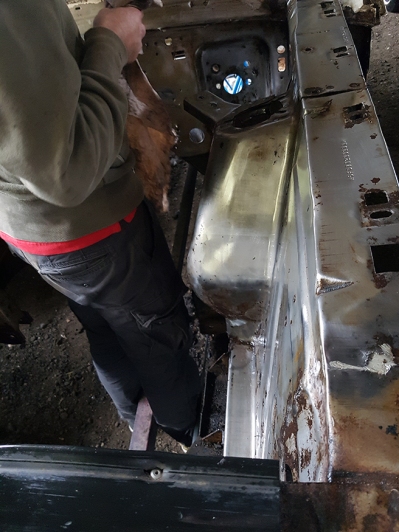 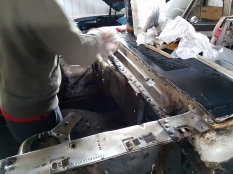 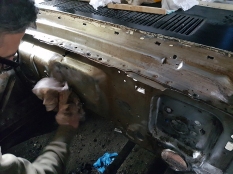 Our next Project from Paul the Paint has just been painted and arrived back to our yard. Yogi obviously in the mood to unwrap things shows a quick glimpse of the next project. 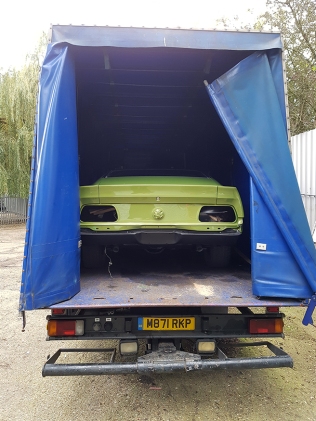 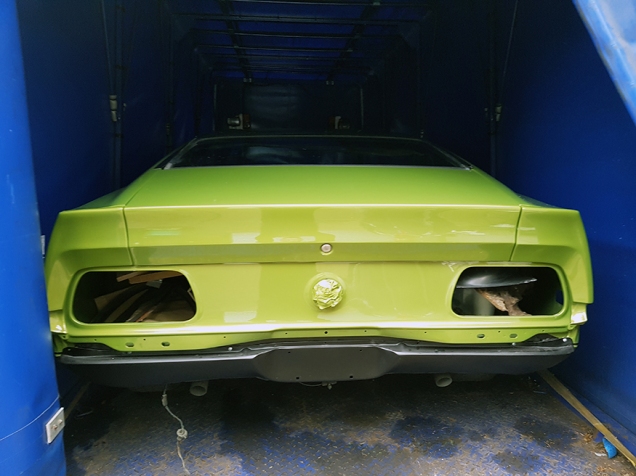 Paul has taken a photo of his car outside one of our workshops and says this is his favourite pic so far. Was it taken in the sixties or a few weeks ago, what do you think? Thanks for sending it in Paul, we agree a great picture. If you have any pics of your car you want us to post for you, send them in and we will sort it out for you. 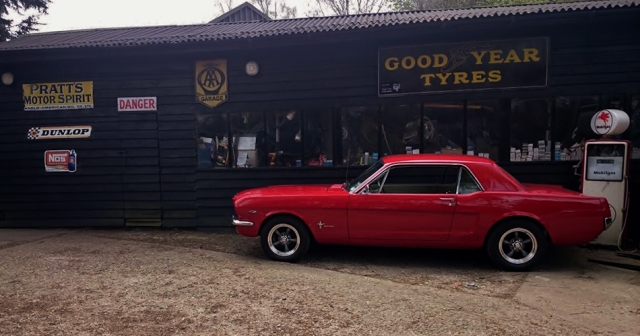 There was some excitement overt the latest delivery into the stock. This is the 17″ x 7″ and 17″ x 8″ Magnum 500 wheels in Alloys. Yogi couldn’t wait to unbox them for a close up inspection. These wheels are just awesome and we don’t expect to have them around for long to be honest. They are not the cheapest wheels out there, but what a wheel! 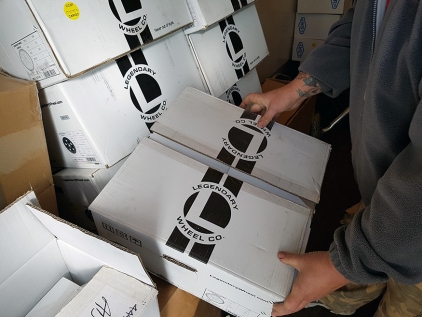 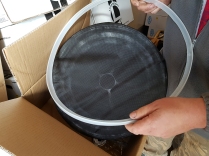 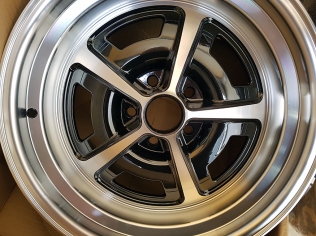 This was a surprise BBQ for Adam and Yogi, but Adam seems to think that he may just have known about it all. Why? Well because he bought the meat, bought the gas for the BBQ, bought the rest of the food and some drinks! Yogi had no idea, but of course there was the inner sanctum of the Mustang Maniac and few close family too.  Adam fetched up his home-made BBQ stool as he had three wheels left from a project that was welded together. Adam did say it was thirsty work though. 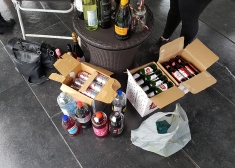 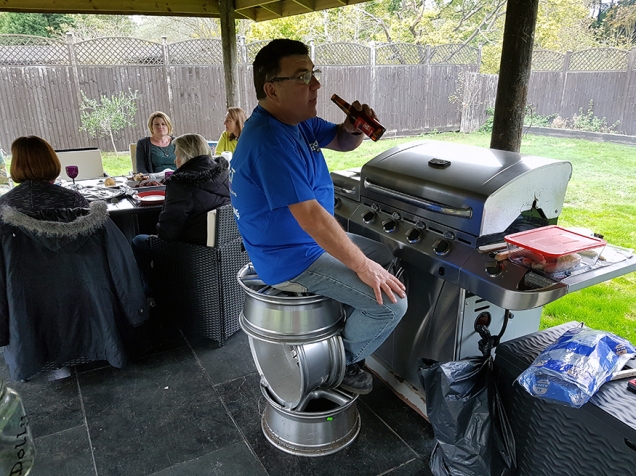 There was surprise birthday cakes supplied by “Notjustcakes.org” which seemed to go down very well and suitable subject matter for each. Thanks to Lance and Sam. 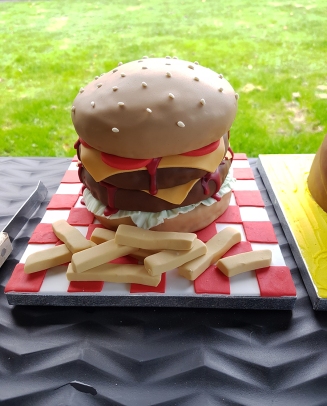 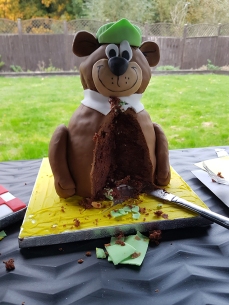 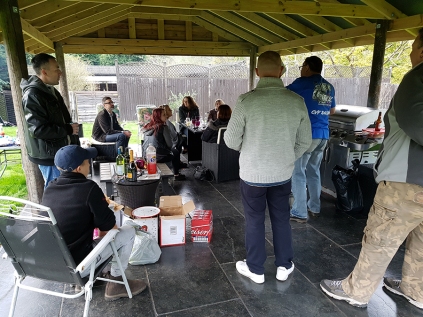 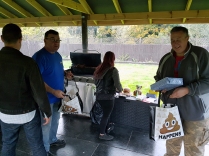 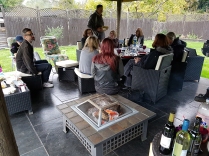 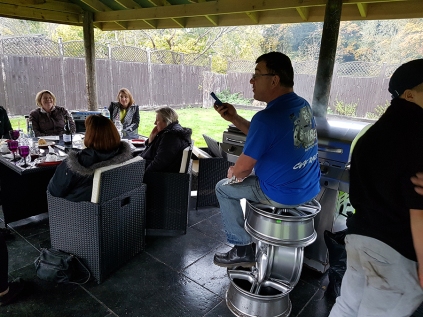 The BBQ lasted into the evening where the wood burning oven done it’s job.

A fantastic evening and a big thanks to everybody who helped arrange it all and those that turned up just to drink Adam’s beer. 🙂

For this months issues the car chassis stays in storage while we concentrate on the dash gauges, some electrics and the interior for a little while.

Things are getting exciting with a our first view of the electrics that will be a part of this build. There are two micro switches that will be behind the pedals, one for the gas and the other for the brake pedal. The switches are labelled as “01” and “02” for connections later. It’s a bit pf a fiddle to hold the switches in place while screwing the bracket to the floor without the switches falling out. 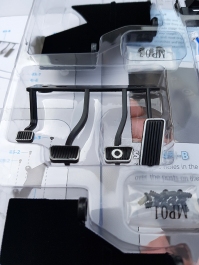 Side kick panels are also added in the same black velour material. When fitting the pedal assembly make sure that the bar on the back of the two pedals seats correctly in the holes. A slight press of each and you should feel the switches activate.

This was a single screw to hold the ash tray to your new dash pad area.

Some pretty internal parts now being fitted in the shape of the gauges. There are multiple stickers for the gauges faces themselves. The instructions suggest using the sharp point of a craft knife to locate them. We found that a tiny flat blade screw driver would not mark the decals and would also allow you to rest the decals in place and move them around before final pressing down. Take a good look at the printing of these decals, we found that they were printed slightly off centre so we had to move them down a fraction to make sure they would show in the centre of the pod gauges. 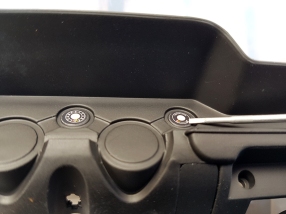 The next part was to fit the gauges lenses and the brushed aluminium cover using a number of small screws to hold it all in place. The Shelby badge also needed to be screwed into place. 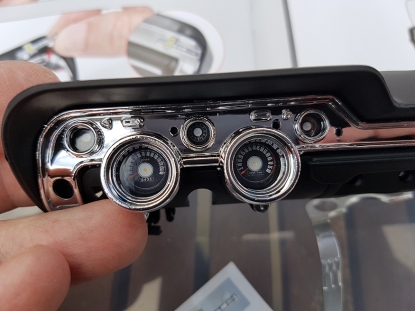 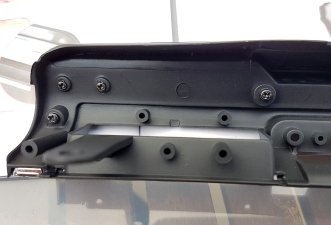 More decals now for the gauges under the dash using the same principles as before. The radio is a pretty cool part and shows attention to detail. The glove box on fits into a hole each side of the dash pad and should allow it to open and close. This fitting is not the best part of the build so far, but then again i doubt very much it will be used a great deal to be honest. 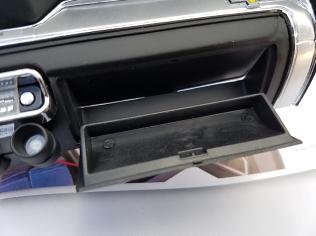 The finished dash area looks pretty amazing as we have come to expect. 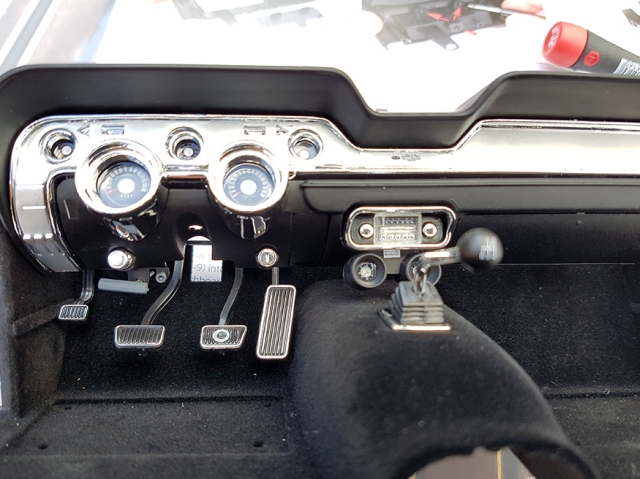 As we said earlier we are off to SEMA 2016 click here for the link, we will try to bring you some pics as it happens, but we won’t promise anything. Perhaps a few tweets or some pics on Facebook maybe before we blog all about it.