New Kid On The Block

We are back this week with vehicle updates on a couple of cars we are working on. It’s often said that at Mustang Maniac we restore new life into old cars, but it’s something pretty special to creat one! We start with the updates on the customer cars first though.

The first of which is the final touches to the convertible under the hood. There was few nice little touches added but nothing over the top and works very well.

The interior has had the beautiful leather seats and door cards we found hiding out the way a few weeks ago have now been fitted and they look amazing. The colour combo with the matching roof just works.

The money on this car has all been spent in the right places. After the final road tests and final tune up she should be back her owner very soon.

Another project that has come into us for some work is this little lady, a black ’66 fastback. 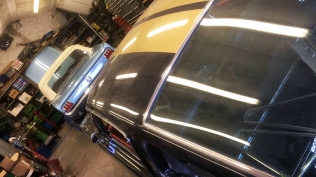 The first job is to have the rear vents replaced with some glass replacements, a kit from Mustang Maniac’s vast stock range of course.

The old vents were carefully cut out and removed;

The glass is then offered into place for fit while the inner C pillar is neatened up. 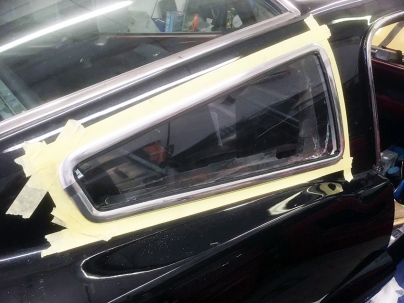 We will need to replace the headliner as a result of respray of the interior metalwork and the dash top all to be done as well. We will keep you up to date on the progress as we go.

We have some great news from our very own Yogi; he is now a Grandad. His daughter Beth has given birth to Hunter on 5th September weighing in at a healthy 6lb 2oz. Both mother and baby doing well. When we asked Yogi how it went he says he was, ‘stressed by it all as he had a lot of pacing up and down to do!’

We welcome to the next in line to be destined to work on Mustangs, Hunter obviously don’t know it yet though. Well done to Beth for looking remarkably cool and calm after the birth. ‘Obviously not as difficult to have a baby as it is to remove a 427ci with the hood still in place’ as Yogi would say. (He didn’t actually say that, but it sounds good though.) 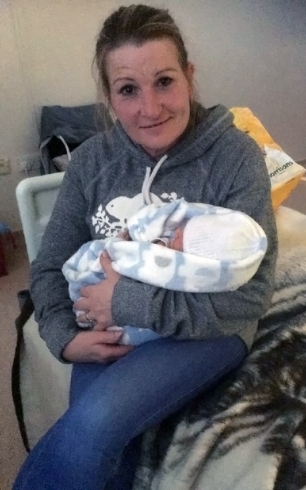 A few more pics taken a couple of weeks later. 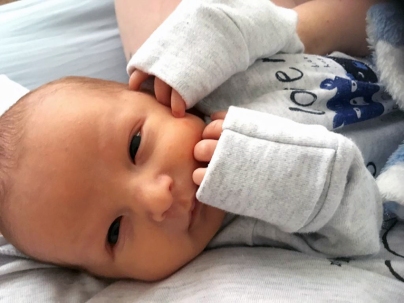 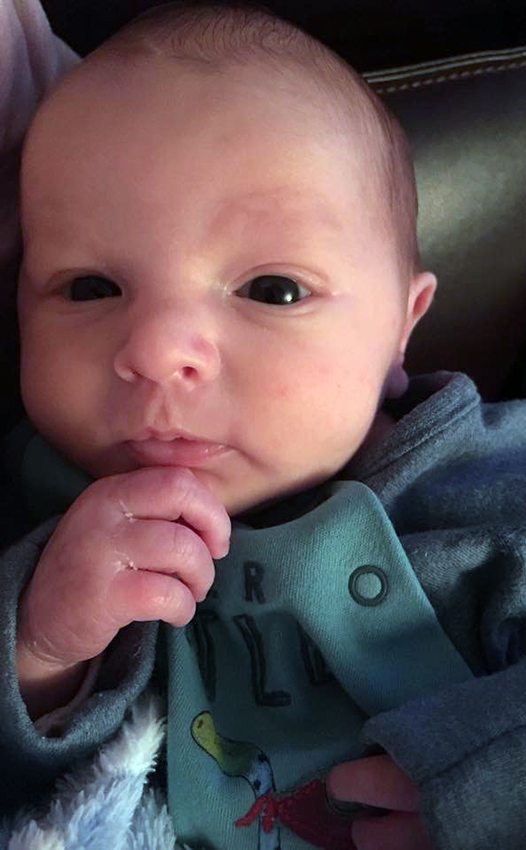 There is talk within Mustang Maniac inner sanctum that Yogi has already been reading bedtime stories to Hunter, nothing wrong with that you might say. But when we notice copies of our repair manuals disappearing we had to ask. Yogi’s response was ‘We’re starting with the basics first, like general servicing and lubrication charts, then we will move onto the more complex stuff like the dark art of carburetor race tuning, engine timings and differential gearing in a couple of months time.

Spotted: Hunter’s first book bought for him by Grandad Yogi! 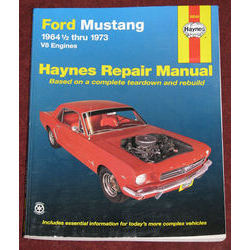 It was also rumoured that Yogi refuses to put a normal baby’s hat on Hunter for walks out, preferring the more macho Snap-On beanie look instead!

Seriously though, what a way to end a post! 😀

6 Responses to New Kid On The Block