The last part of Adam & Lynn’s transatlantic adventures has been a trip to Cuba. We have been sent some amazing pictures and Cuba isn’t quite what we expected. The classic fifties cars have been there before the revolution and have nursed with some serious TLC ever since. As a result these old cars or ‘Yank Tanks’ as refered to over there have been a legacy as other makes of car remain very expensive to buy. Due to the Russian influence at the time there is also a lot of old Ladas and in some parts can looks very Russian. We don’t think that many people want to ride in an old Lada when the choice of classic Chevy is park next to it. The main income for Cuba was and still is sugar cane, although Cuba and especially Havana are also well-known for the tobacco products, (more of which later). Their ride for the day was this wonderful ’56 Chevy with a twist, the car had a Mercedes five pot diesel engine in place instead of the Chevy block, the up side is that the car now has the all important air con. 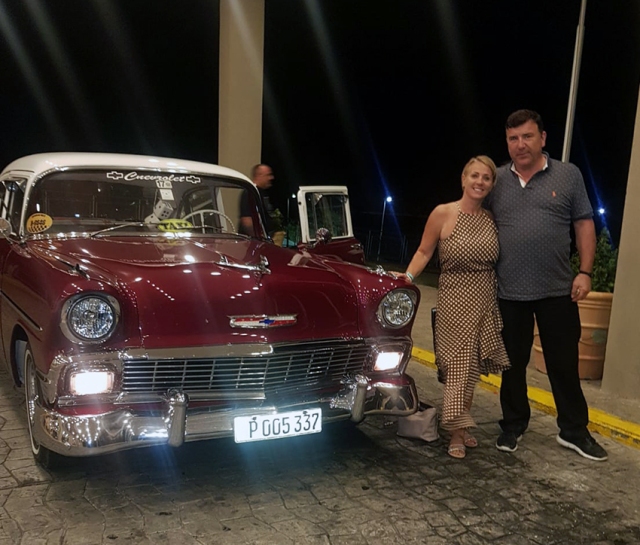 Some useful tips from their travels included a private tour and ride for a ten-hour day will cost you around £200. There is no wi-fi as we expect it to be out there, so you need to get connected, a purchase of a wi-fi card is required and that will last you one hour. Speaking of cards, the important point is that credit cards don’t work out there, so make sure you carry enough cash for what ever you think you will need.

The weather is hot and humid and plays havoc with your hair according to Lynn, Adam didn’t appear to care about that at all. The locals are very friendly and they felt safe wherever they went. Getting out of the car for a look around is no problem but remember that there are a lot of cobbled street out there and the flat shoe tourist thing is the order of the day. While out of the vehicle you may encounter some of the many stray dogs on the streets, most of them have an ID tag around them to show that the locals are looking after them.

Havana has a strong Spanish orientated area with a few French buildings as well.

Adam & Lynn both used these exotic forms of transport and managed to snap a few pictures while going along. 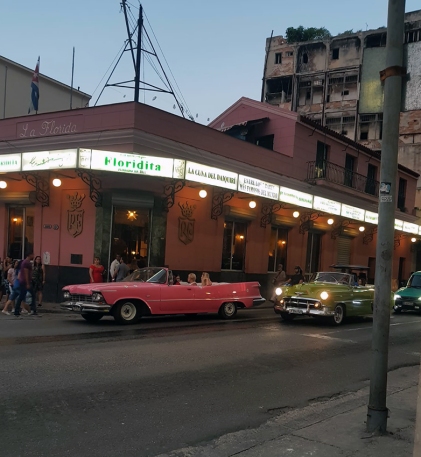 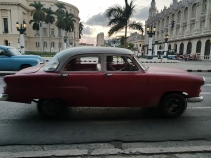 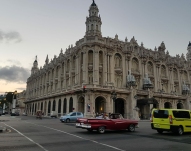 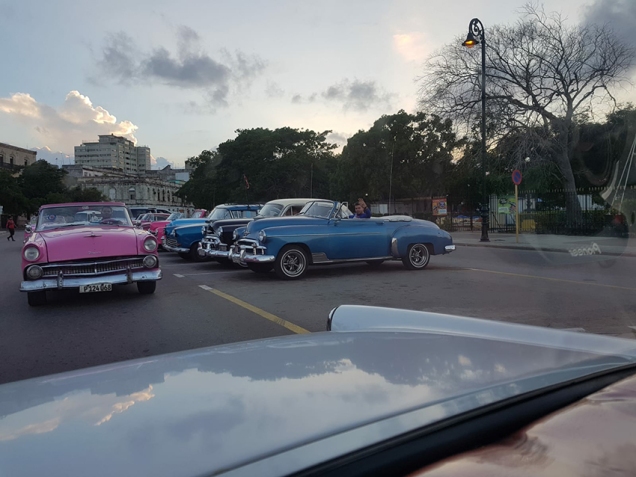 Some amazing architecture suites the old beautiful classic 50’s cars that are just work horses over there, but here they would polished and cherished. 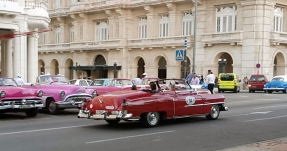 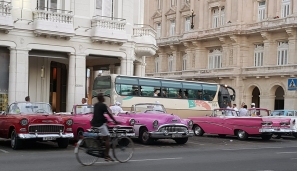 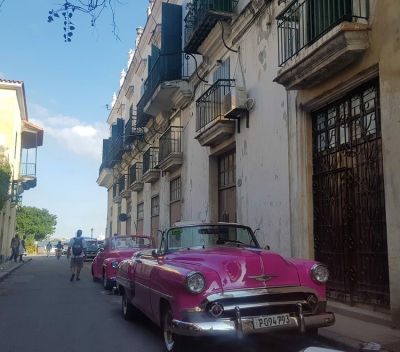 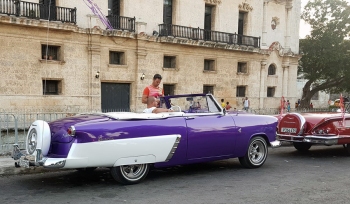 Adam was interested to see some real horsepower out there, we don’t think this is what he had in mind though! 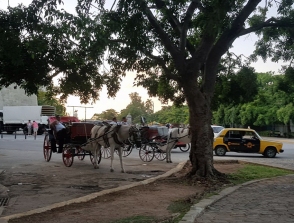 A trip to the cigar factory has shattered a myth for me, that is that the cigars are not rolled on the inner thighs of virgins, but by some stubbly bloke rolling it on bench! Why do people have to ruin it for others? All be it I knew it wasn’t true, but kinda hoping it was. As a result of the facts; those cigars won’t have the same appeal or taste quite the same now. 😀

After the tour of the noisy cigar factory? A beer and cigar of course! 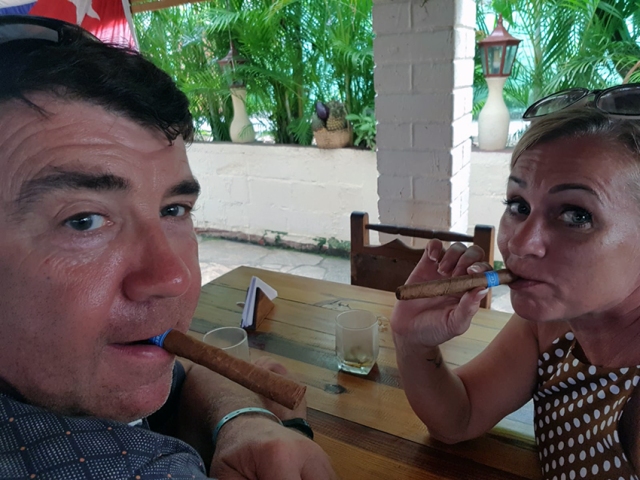 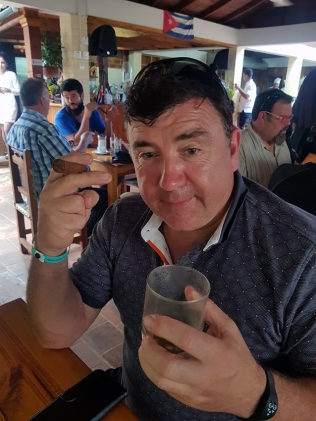 Although the local music was a little different to what they were expecting.

Later in the evening rumour has it that Lynn was out on bender, we can’t confirm if that was true or not, but circumstantial evidence does suggest that could be the case.

Adam decided that he too would get involved with the night life with this character. 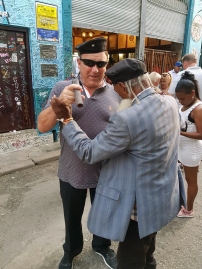 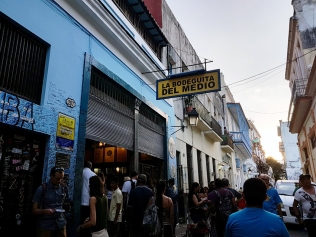 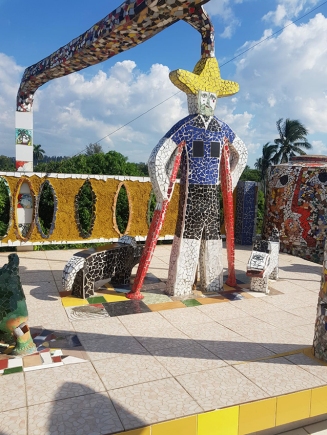 More evening adventures and a train in the middle of nowhere. 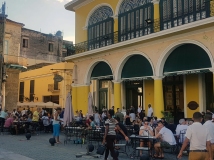 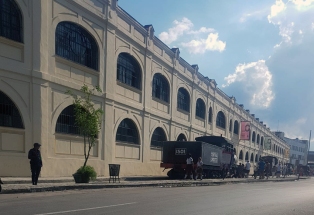 A little bull riding in this video.

On their travels they managed to find a local wedding with a pink bridal car.

It appears that local health and safety is not to much of an issue on a bridge fishing by the looks of it. 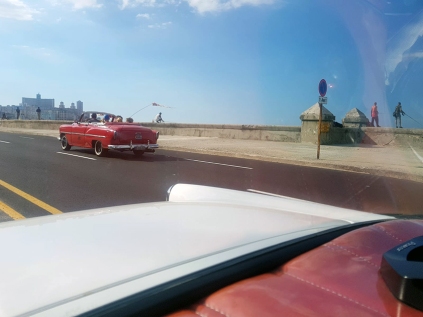 Ernest Hemingway is very famous and popular character there with many bars and restaurants having photos and memorabilia of him all over the place. 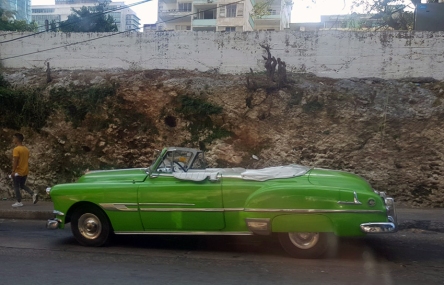 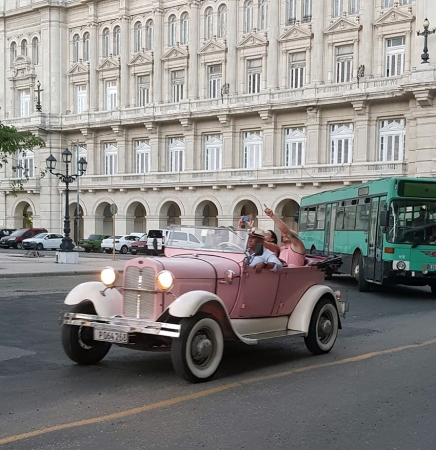 I have learnt something about this country and I think I want to visit the place as well now.

As for the Mustang yard? Well that is going strong and we will be back to normal showing you what Yogi has been up to in the mean time. Adam should be back soon and we suspect he will be enjoying the influx of emails via proper wi-fi that he hasn’t been getting while in Cuba.